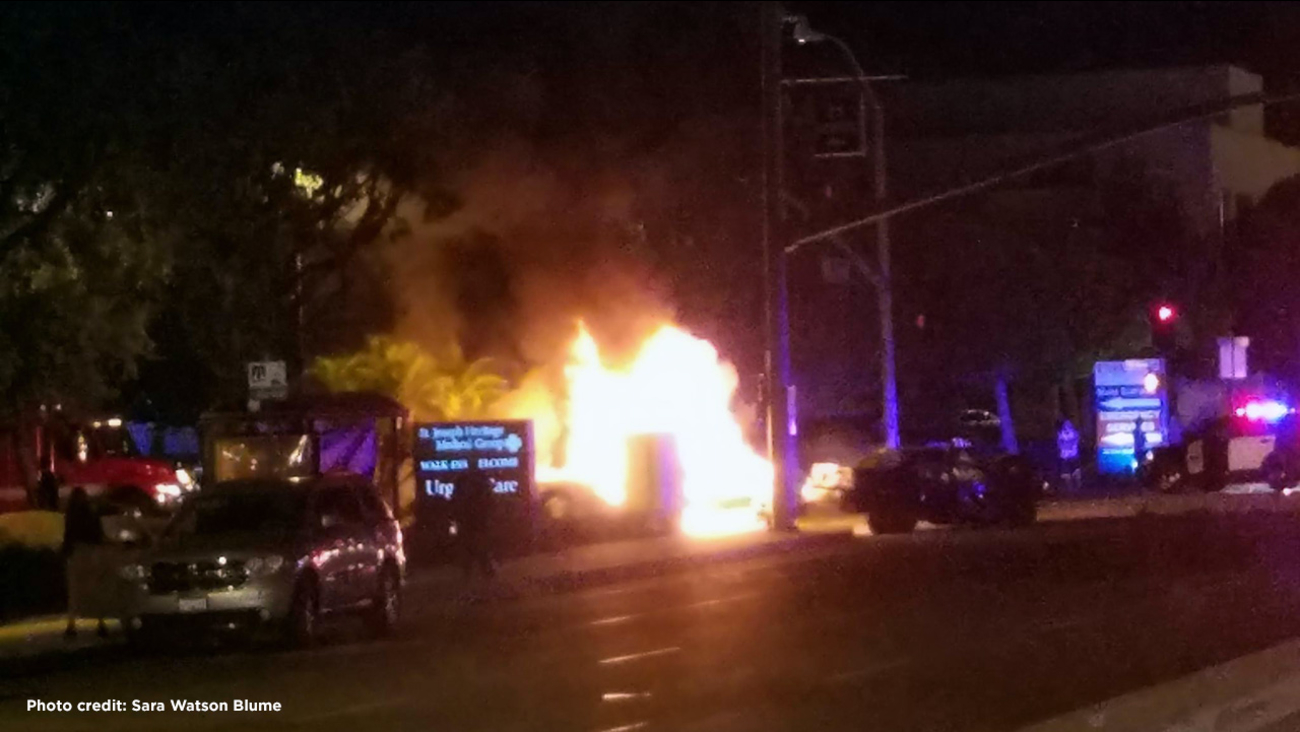 One person died after three vehicles were involved in a fiery crash in Orange, officials said.