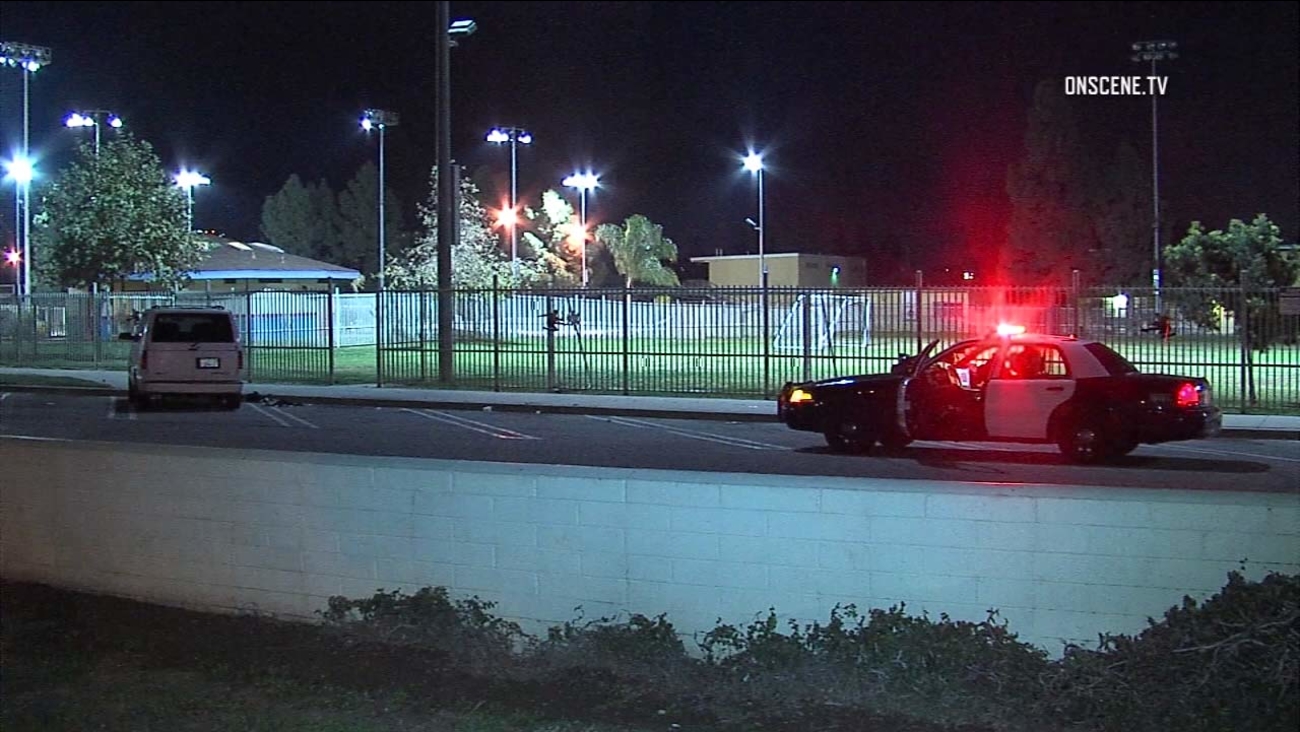 A law enforcement vehicle parks near the scene of a stabbing in East Los Angeles on Tuesday, Dec. 27, 2016.

Los Angeles County sheriff's officials received a report about an assault with a deadly weapon shortly before 8:30 p.m. Tuesday on the 4900 block of East Cesar E. Chavez Avenue.

Responding deputies found a man bleeding from a stab wound to the upper torso in a parking lot. Witnesses said the victim had just left nearby Belvedere Skatepark.

Paramedics transported the victim to LAC+USC Medical Center, where he was pronounced dead.

Investigators have not released his name, only saying he was 20 years old.

There have been no arrests, and a suspect description was not available. If you have any relevant information, you're urged to contact the LASD's Homicide Bureau at (323) 890-5500.
Related topics:
east los angeleslos angeles county sheriff's departmenthomicide investigationparkman killedstabbing
Copyright © 2020 KABC-TV. All Rights Reserved.
More Videos
From CNN Newsource affiliates
TOP STORIES