Man killed outside The Comedy Store in West Hollywood identified 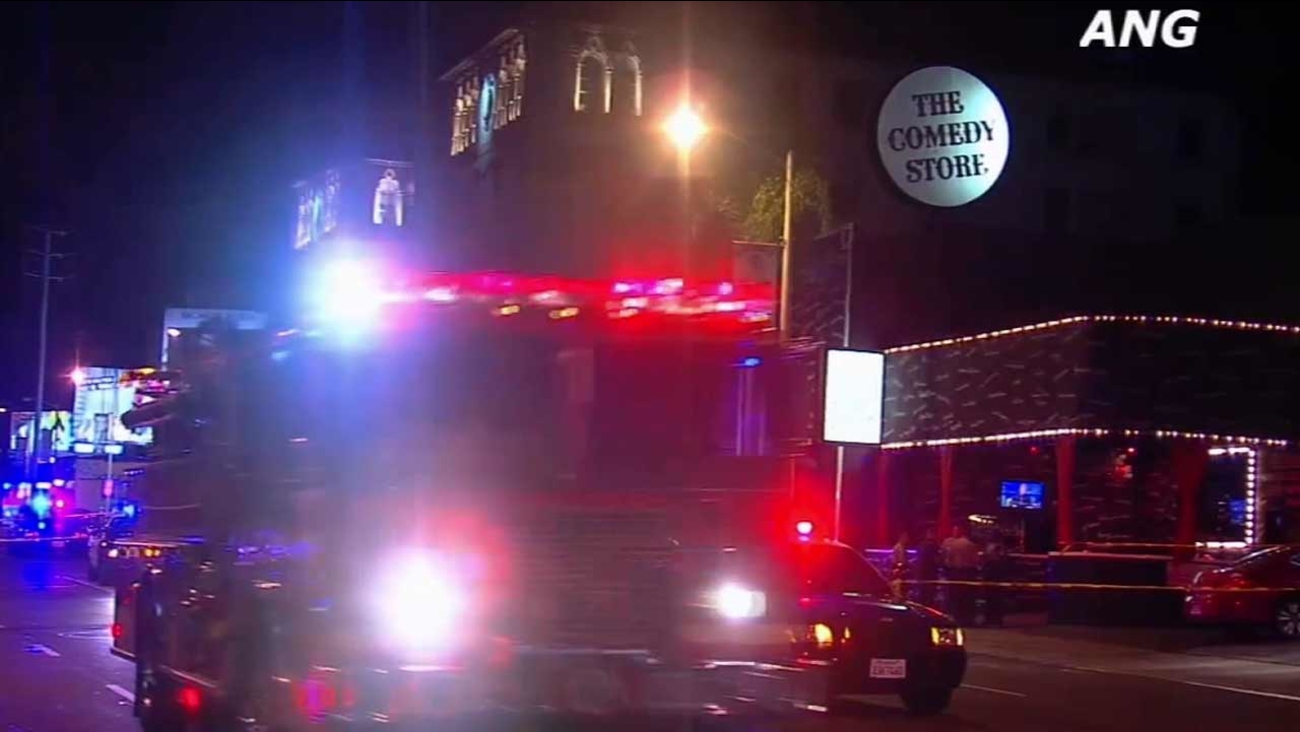 Los Angeles County sheriff's deputies investigate a fatal shooting outside The Comedy Store in the 8400 block of Sunset Boulevard in West Hollywood on Wednesday, Oct. 14, 2015.

WEST HOLLYWOOD, LOS ANGELES (KABC) -- A man who was shot and killed outside The Comedy Store in West Hollywood Wednesday has been identified as 23-year-old Richard James.

The shooting occurred in front of the comedy club in the 8400 block of Sunset Boulevard at about 12:49 a.m.

Police say a gunman walked up to James in the patio area, produced a firearm and opened fire, striking him at least once in the upper torso. James was transported to a local hospital, where he was pronounced dead.

The motive for the shooting remains unknown. The suspect, who was last seen running southbound on N. Olive Drive, remains at large.