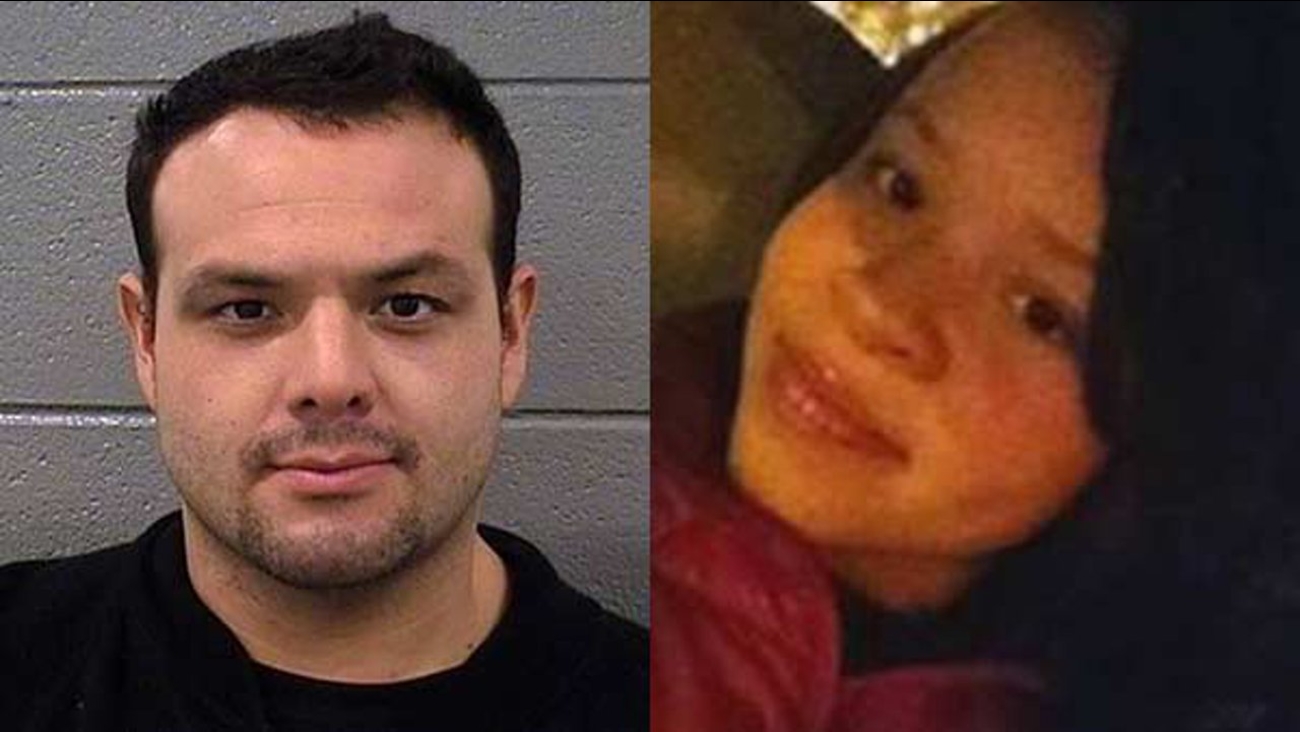 Antonio Rosales (left) is charged with murder in the connection with the death of Desiree Robinson (right), who was found dead in a Markham garage on December 24, 2016.

MARKHAM, Ill. -- A man confessed to killing a 16-year-old girl he met online when he could not pay her for a sexual encounter, according to police.

Antonio Rosales, 32, was charged with first-degree murder in connection with the death of Desiree Robinson, whose body was found in a garage on Christmas Eve in Markham, Illinois.

The Cook County Medical Examiner said Robinson died from injuries from an assault and ruled her death a homicide.

A witness told prosecutors Robinson came to the party with friends and later had sex with Rosales in his truck.

Later that morning, authorities said Robinson and her friends met up with Rosales again and returned to the house where they had partied the night before. While inside a garage, prosecutors said the encounter turned violent.

"The defendant admitted that he had no money for the second encounter and he tried to negotiate an additional free 15 minutes. She refused his offer and insulted him. After he punched her in the face and strangled here as she tried to call for help," assistant state's attorney Christina Dracopoulos said.

By the time her friends woke up, Rosales was gone and Robinson was dead.

"They discovered the victim's naked body inside. The victim's neck was cut, causing her death," Dracopoulos said.

The victim's friends were asleep in the car outside and Rosales knocked on the car door and said Robinson would be out soon, prosecutors said. Friends later went to the homeowner to open up the garage and found the body and knife.

The teen's mother spoke before going into the courtroom Friday afternoon.

Police said Rosales was arrested on Dec. 27. He was due in court again for a preliminary hearing on Jan. 18.
Related topics:
illinoismurderprostitutionhomicideteenstabbing
Copyright © 2021 WLS-TV. All Rights Reserved.
More Videos
From CNN Newsource affiliates
TOP STORIES