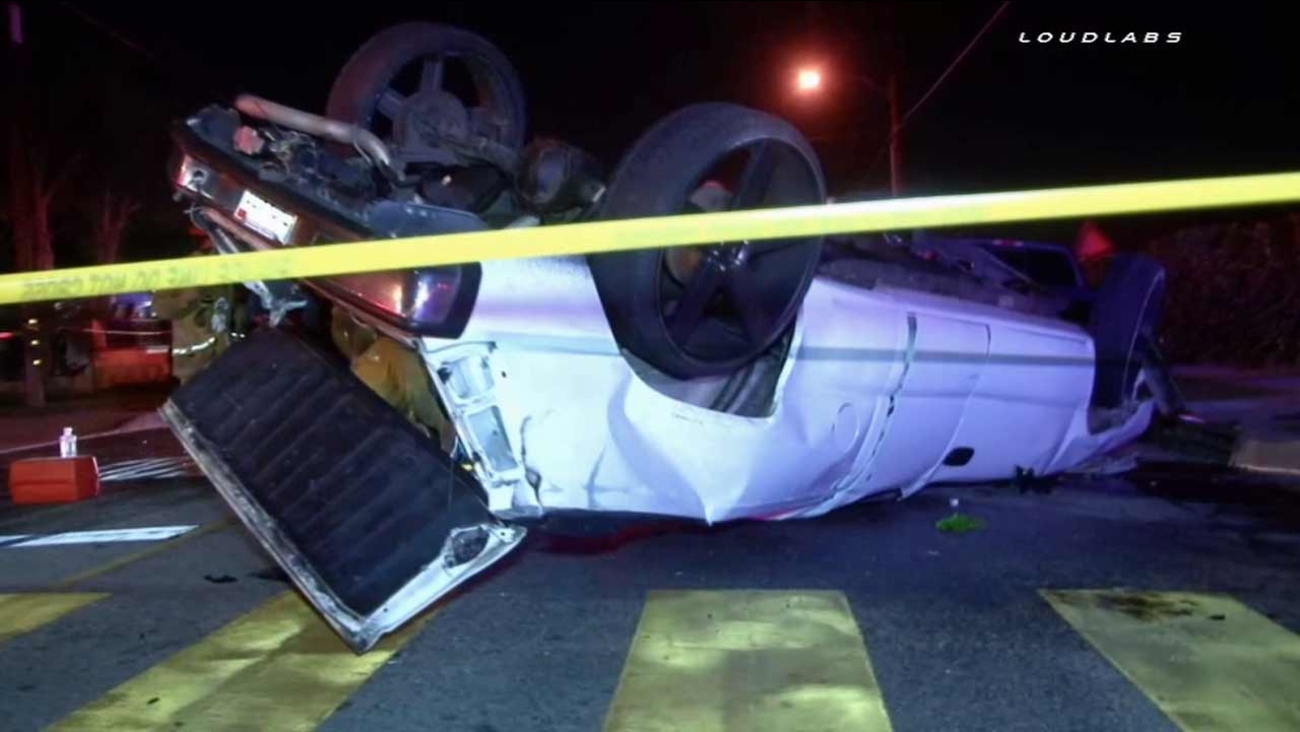 Emergency personnel respond to the scene of a crash near Gilman Road and Kerrwood Street in El Monte following a short chase on Sunday, Sept. 27, 2015.

EL MONTE, Calif. (KABC) -- A man suspected of driving under the influence with his wife and two kids in the car led police on a high-speed chase in El Monte early Sunday.

Officers attempted to pull the alleged DUI driver near Ramona Boulevard and Earl Avenue, but he failed to stop.

The vehicle slammed into parked cars and overturned near Gilman Road and Kerrwood Street at about 1:37 a.m., El Monte police said.

The suspect, his wife and their two kids, ages 6 and 8, were rushed to Los Angeles County+USC Medical Center.