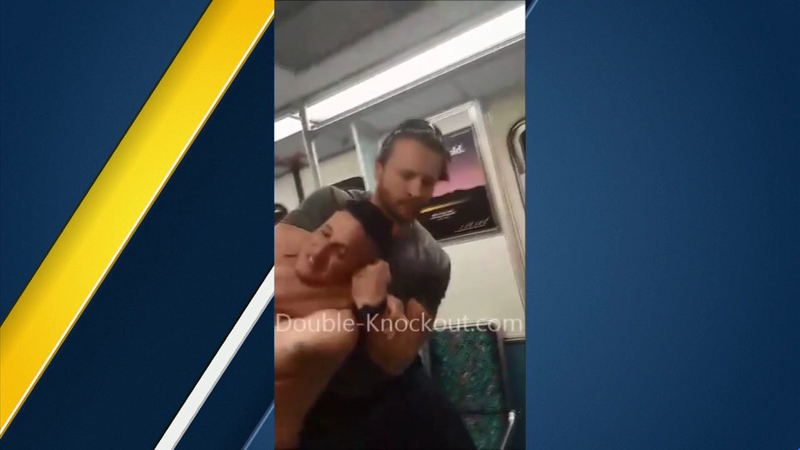 CULVER CITY, Calif. (KABC) -- A man who stepped up and took down another man terrorizing passengers on a train in Culver City spoke out after video of the dramatic scene went viral.

A shirtless man is seen harassing a number of passengers on the train Saturday. One man even tries to protect himself with his bicycle.

Suddenly, another passenger intervenes and puts the shirtless man in a tight head lock. The Good Samaritan, Adrian Kaczmarek, said he intervened to make sure no one would get hurt.

"You knew that there was going to be some sort of physical altercation so I wanted to put a stop to that before anything else happened," he said.

As the video shows, the shirtless man passes out for few moments. Kaczmarek then keeps the man on the train floor, just long enough for the train's conductor to alert sheriff's deputies on the station platform.