Man tries to pick up girl in car, sexually propositions another in El Monte 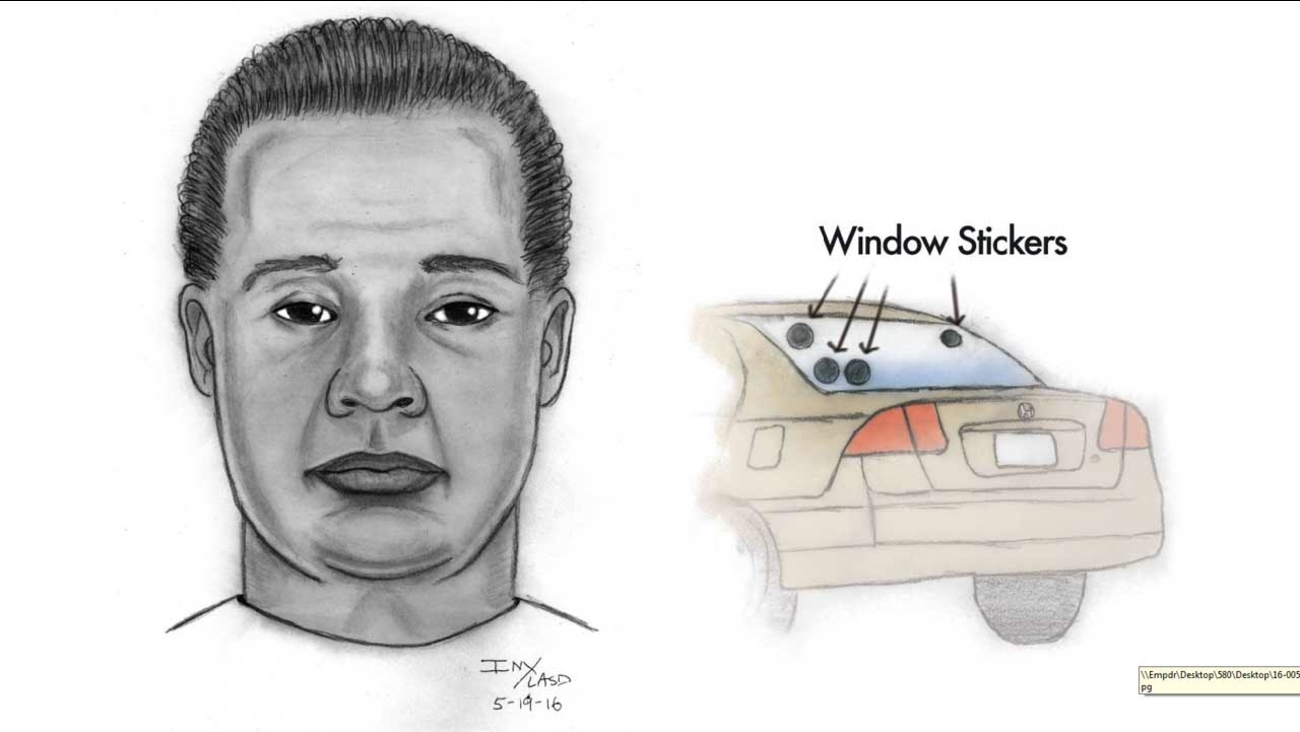 El Monte police released this sketch of a man wanted for trying to pick up a girl in his car and also sexually propositioning another girl in El Monte on Wednesday, May 18, 2016. (KABC)

EL MONTE, Calif. (KABC) -- El Monte police are searching for a man who tried to pick up a girl walking to school and sexually propositioned another girl walking home from school on the same day.

According to police, a female student was walking to Parkview Elementary School around 7 a.m. on Wednesday. That's when authorities said a man in a tan car drove up to her on the 12000 block of Elliott Avenue and offered her a ride.

The girl refused, and the suspect drove away. However, police said the suspect returned a few minutes later and offered the girl a ride again. The child got scared, ran to her school and notified staff. The suspect then drove away in an unknown direction.

Later that day around 3 p.m., police said a man with a similar appearance and similar car drove up to another girl near Arden Drive and Valley Boulevard.

Authorities said the man sexually propositioned the child, who was walking home from Gidley Elementary School located at 10226 Lower Azusa Rd. When the girl kept walking, police said the man followed her in his car.

At one point, the suspect exited his car and approached the girl on foot. That's when the girl made a run for it, and the suspect drove away.

Both of the girls are under 17 years old, police said.

The suspect was described as a Hispanic man in his mid-to-late 20s, between 5 feet 7 inches and 5 feet 8 inches tall, with black hair, dark eyes, medium build and a light complexion.

His vehicle was described as a late-model Honda or Toyota with four doors and tinted windows. Police said the vehicle appeared dirty, unkempt and had numerous stickers affixed to the rear windshield. Investigators said the suspect may be living out of the car.

If you have any information about these incidents, or if you recognize the suspect or his car, you're urged to contact the El Monte Police Department at (626) 580-2114. You can also submit tips by emailing tips@empd.org.