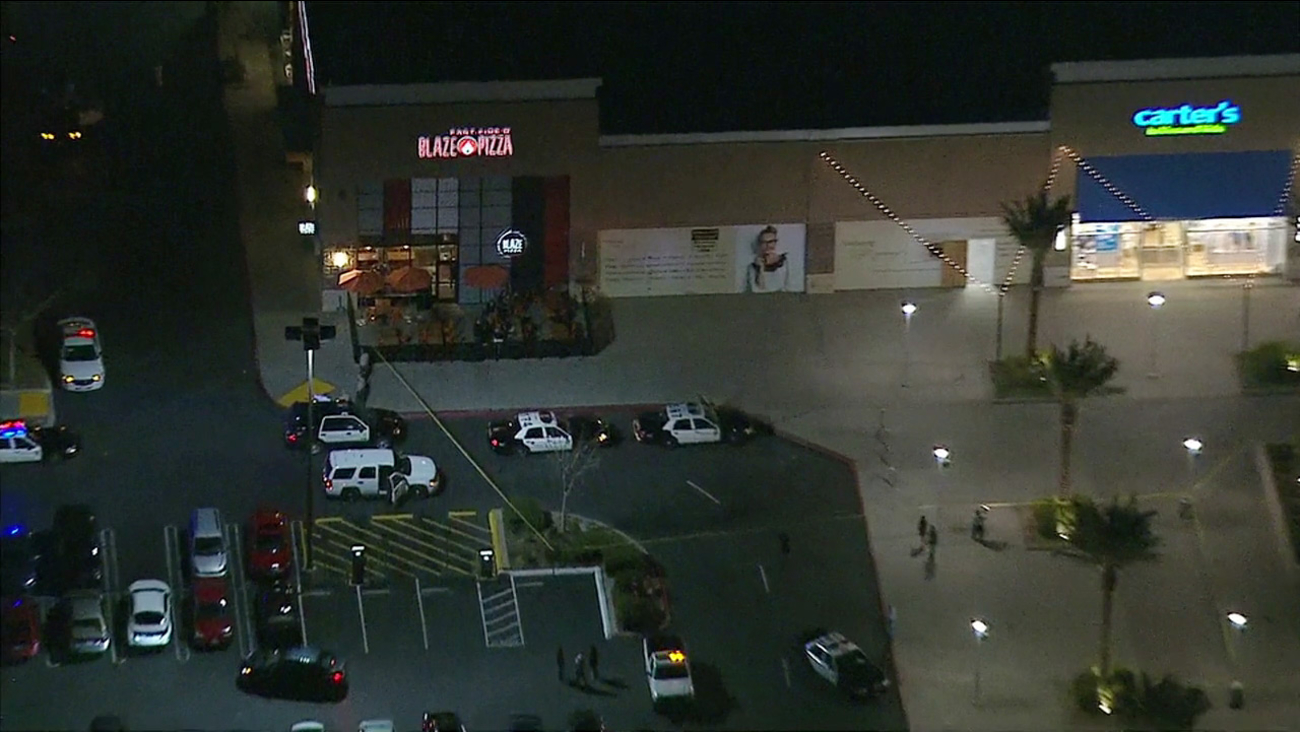 A man was shot at the Antelope Valley Mall on Wednesday, Feb. 24, 2016, according to officials.

PALMDALE, Calif. (KABC) -- A man was shot at the Antelope Valley Mall Wednesday evening, according to officials.

Multiple witnesses told investigators that they saw two men arguing, and one of the men pulled out a gun, fired at least two rounds at the victim and fled.

Officials originally told Eyewitness News the man was shot inside the mall but later clarified he was shot outside on mall property.

The Los Angeles County Fire Department said the victim was an adult male.

According to authorities, the victim was rushed to an areal hospital, where he underwent surgery for a non-life threatening injury. He was listed in stable condition.

The suspect, who was not identified, was arrested and booked on suspicion of attempted murder. He is being held in lieu of $1 million bail.