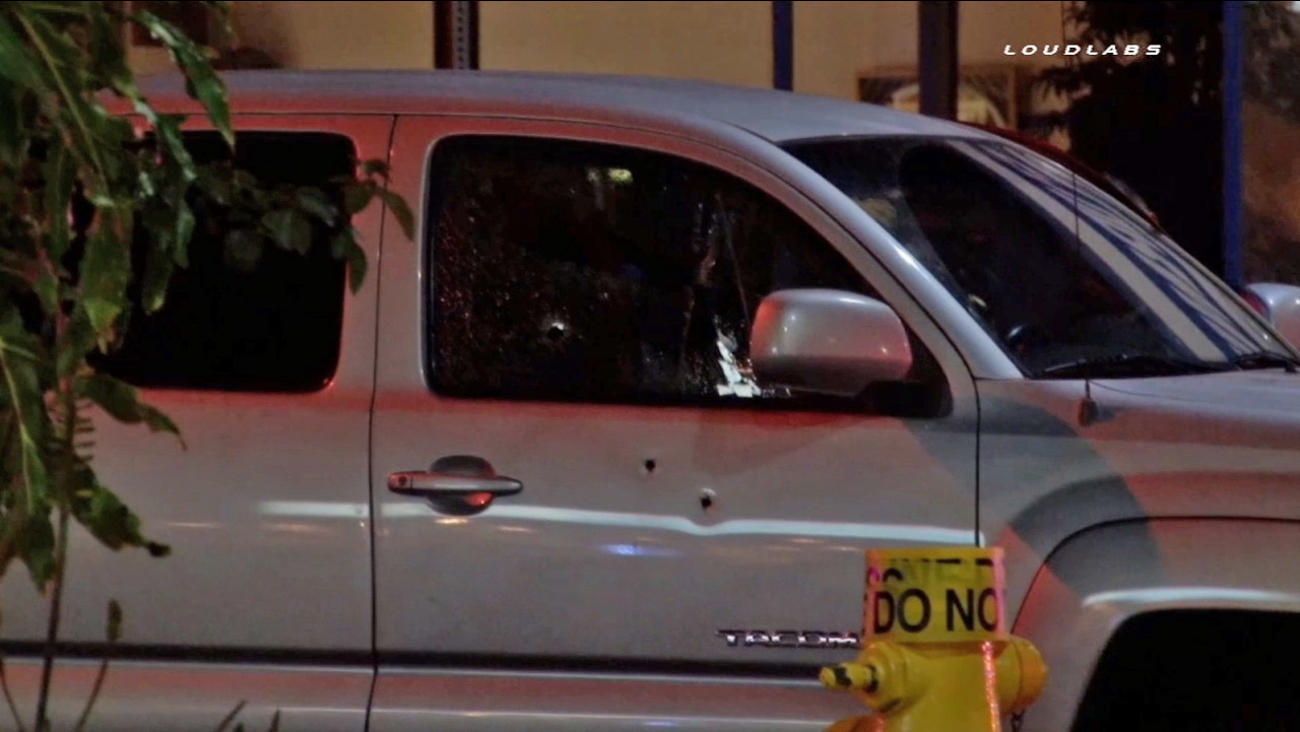 The victim's truck is shown with bullet holes in the passenger side door and window on Friday, July 24, 2015. (KABC)

DOWNEY, Calif. (KABC) -- Authorities are looking for two men suspected of shooting a man who was waiting at an intersection in Downey Friday afternoon.

When officers arrived, a man was found standing behind his car and suffering from a gunshot wound. He was treated at the scene and taken to St. Francis Medical Center in Lynwood. His condition was unknown.

A witness at the scene said the victim was stopped at the intersection when a four-door compact car pulled up alongside him.

A suspect exited the front passenger side of the car and began shooting at the victim. The suspect and a driver then quickly fled the scene.

The suspected shooter is described as a Hispanic man in his early 30s with a goatee, tattoos on his arms, weighing about 160 to 170 pounds. He was wearing a necklace, dark colored baseball hat, white sleeveless shirt and blue jeans.

The driver was described as a Hispanic man in his 50s with tattoos on his arms. He was wearing a dark colored baseball hat and a white sleeveless shirt. The car was either a green or blue Honda or Toyota, possibly made in the 1990s.

Authorities said the intersection is usually very busy and believe there may be more witnesses. The investigation is ongoing.