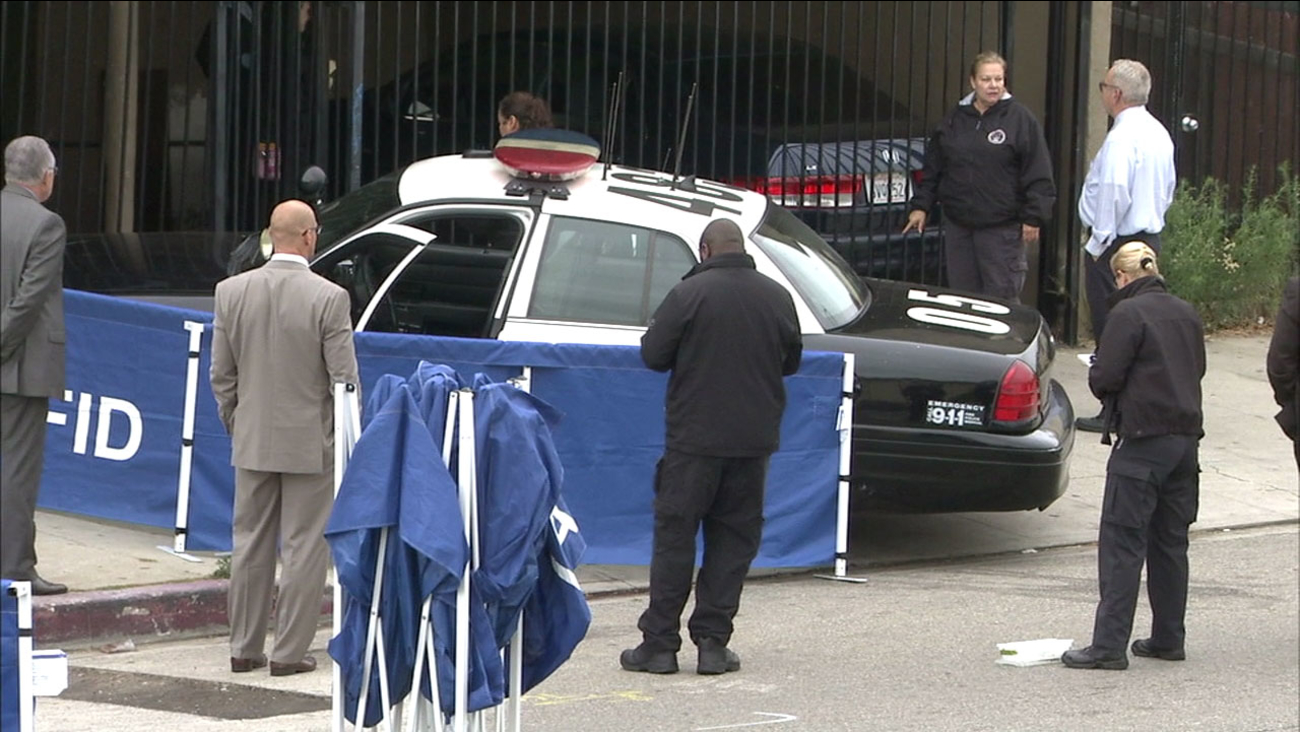 Authorities covered up an LAPD patrol car on Wednesday, June 7, 2017, after an officer-involved shooting broke out in Wilmington the night before. (KABC)