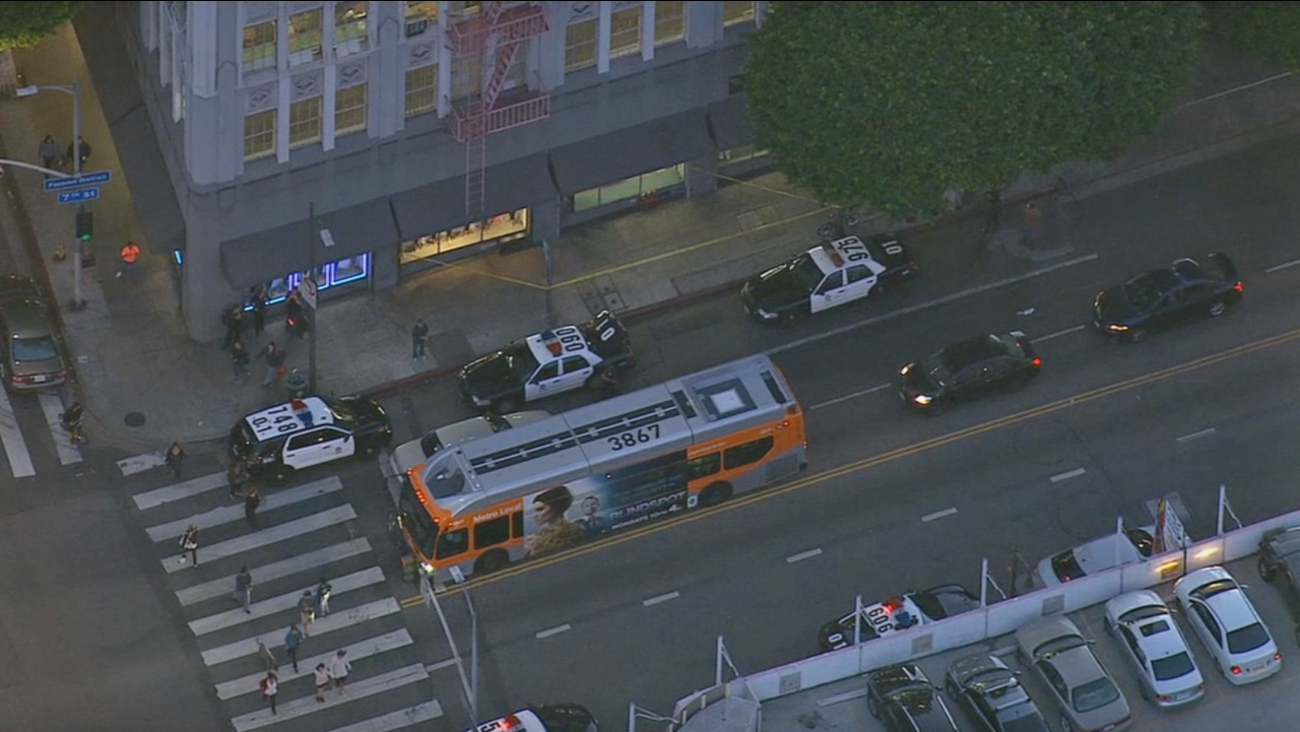 LOS ANGELES (KABC) -- A search was underway for the suspect who shot and killed a man at a clothing manufacturing business in downtown Los Angeles Wednesday afternoon, authorities said.

A call came in at about 4:15 p.m. regarding the shooting in the 100 block of E. 7th Street, according to the Los Angeles Police Department.

Investigators said there was a dispute between two coworkers. One of them left the business, then later came back and shot the man, according to the LAPD.

Police said the victim died from his injuries. He was not immediately identified.