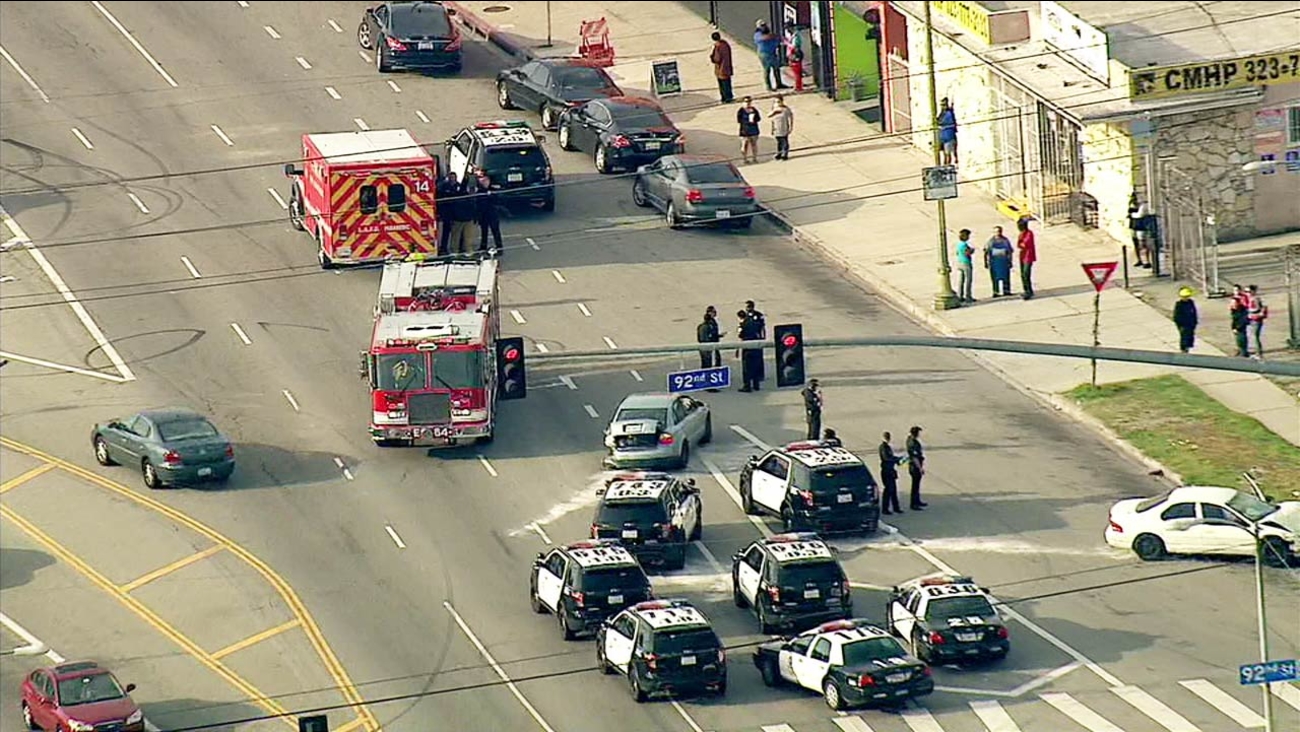 Law enforcement and fire officials are shown at the scene of a car crash and stabbing near Broadway and 92nd Street in Los Angeles on Wednesday, April 6, 2016. (KABC)

LOS ANGELES (KABC) -- A man was stabbed by another man after the two were involved in a car crash in South Los Angeles on Wednesday, officials said.

Los Angeles police said they received a call about the incident around 6:45 a.m. near Broadway and 92nd Street.

The incident began as a traffic accident. The circumstances that led up to the stabbing were not immediately clear.

Police could not confirm if the two men were the drivers, or if there were other people in their respective vehicles.

Authorities believe the two men did not know each other.

Investigators said the victim was stabbed with a knife, but it was not known how many times. He transported to an area hospital and was reported to be in stable condition. The suspect was taken into custody.