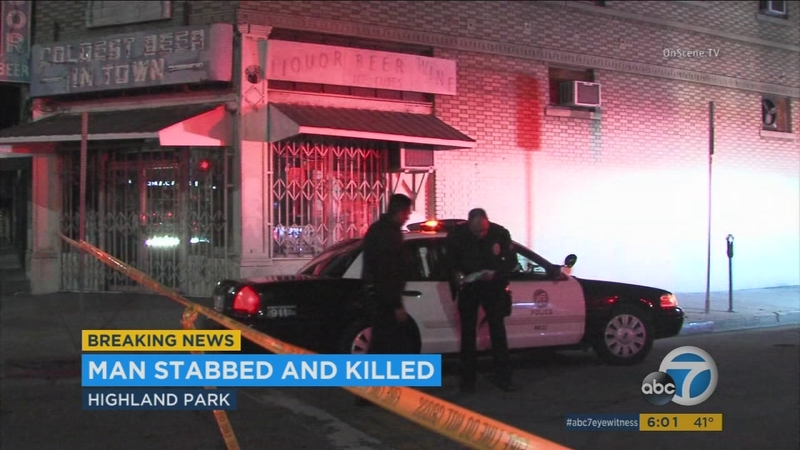 Authorities responded to a report of a stabbing near S. Avenue 59 and N. Figueroa Street shortly before 2:30 a.m.

The victim, who police said was in his early or mid-20s, was pronounced dead at the scene. No arrests have been made in the case and the motive remains unknown.

Two women were briefly detained but have since been released. Their vehicle matched the description of a vehicle in the area at the time of the stabbing. During questioning, police determined the two women were not involved in the incident.