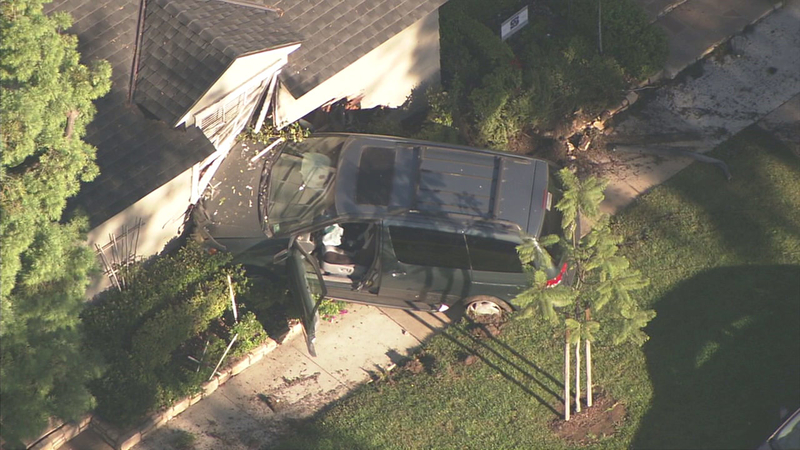 LONG BEACH, Calif. (KABC) -- A carjacking suspect crashed a stolen vehicle into the garage of a Long Beach home, then threatened to blow up a neighboring house, police said.

Long Beach police said a woman was making a turn on 46th Street near Atlantic Avenue before 7:25 a.m. when a man jumped into the passenger seat and shouted, "Let's go, let's go. They're after me."

Officials said the woman got out of the vehicle and the man drove away.

The suspect later crashed the vehicle into the garage of a home in the 400 block of West San Antonio Drive, according to police.

The suspect ran from the scene, but authorities tracked him down at a different home a few blocks away after receiving reports of a man screaming inside the garage of a vacant house in the 3900 block of Country Club Drive.

Police said the suspect threatened to blow up the house, and officials reported smelling natural gas in the area.

Officers established a perimeter and SWAT was called in to assist with the situation.

As a precaution, a nearby elementary school was evacuated to an area middle school, and parents were contacted.

Around 1:30 p.m., Long Beach police obtained a search warrant, entered the property and found the suspect in the garage. Authorities said he surrendered to police without incident.