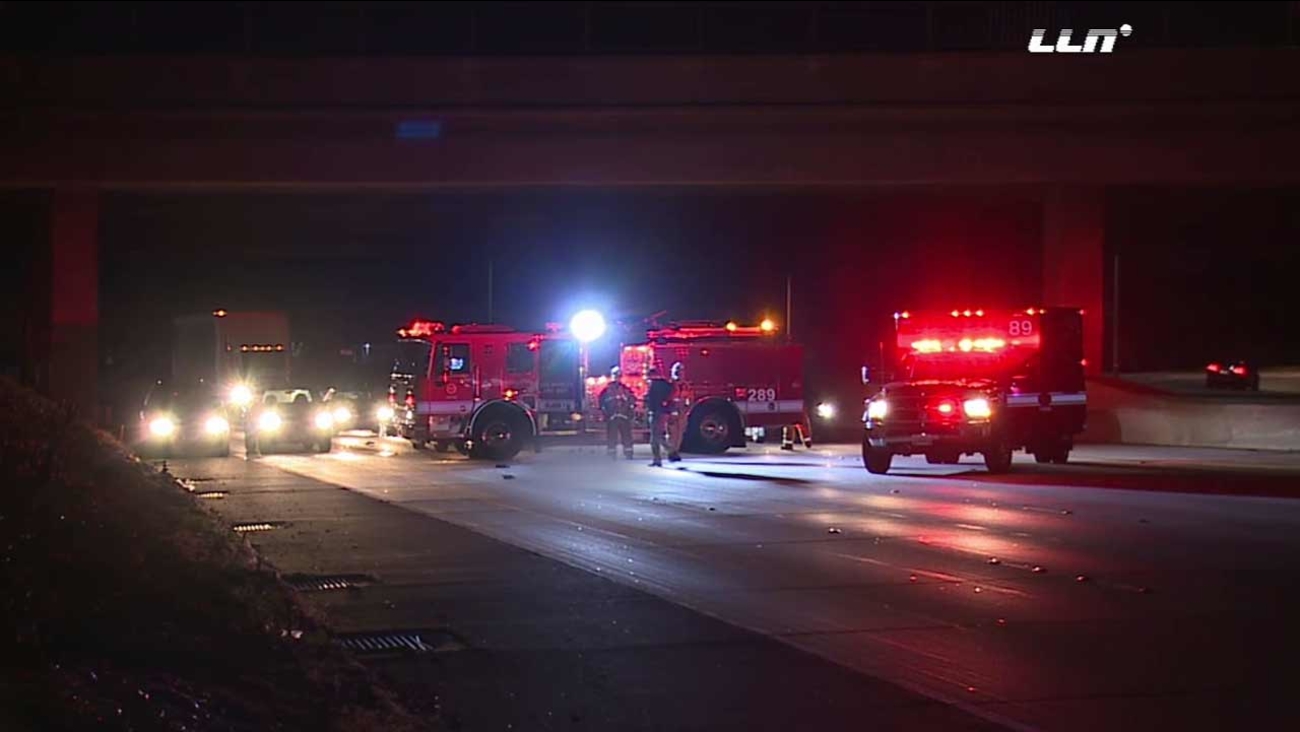 Authorities respond to a fatal collision on the southbound 170 Freeway at Sherman Way in North Hollywood on Monday, Dec. 28, 2015.

NORTH HOLLYWOOD, LOS ANGELES (KABC) -- All lanes on the southbound 170 Freeway were temporarily closed in North Hollywood Monday morning after a male pedestrian was struck and killed by a pickup truck, the California Highway Patrol said.

The fatal collision was reported at Sherman Way at about 3:30 a.m.

Investigators were trying to determine why the 42-year-old man was walking on the freeway. He was pronounced dead at the scene.

The driver of the vehicle, a 51-year-old resident of North Hills, remained at the scene. He was not injured.

The southbound lanes were reopened shortly after 6 a.m.