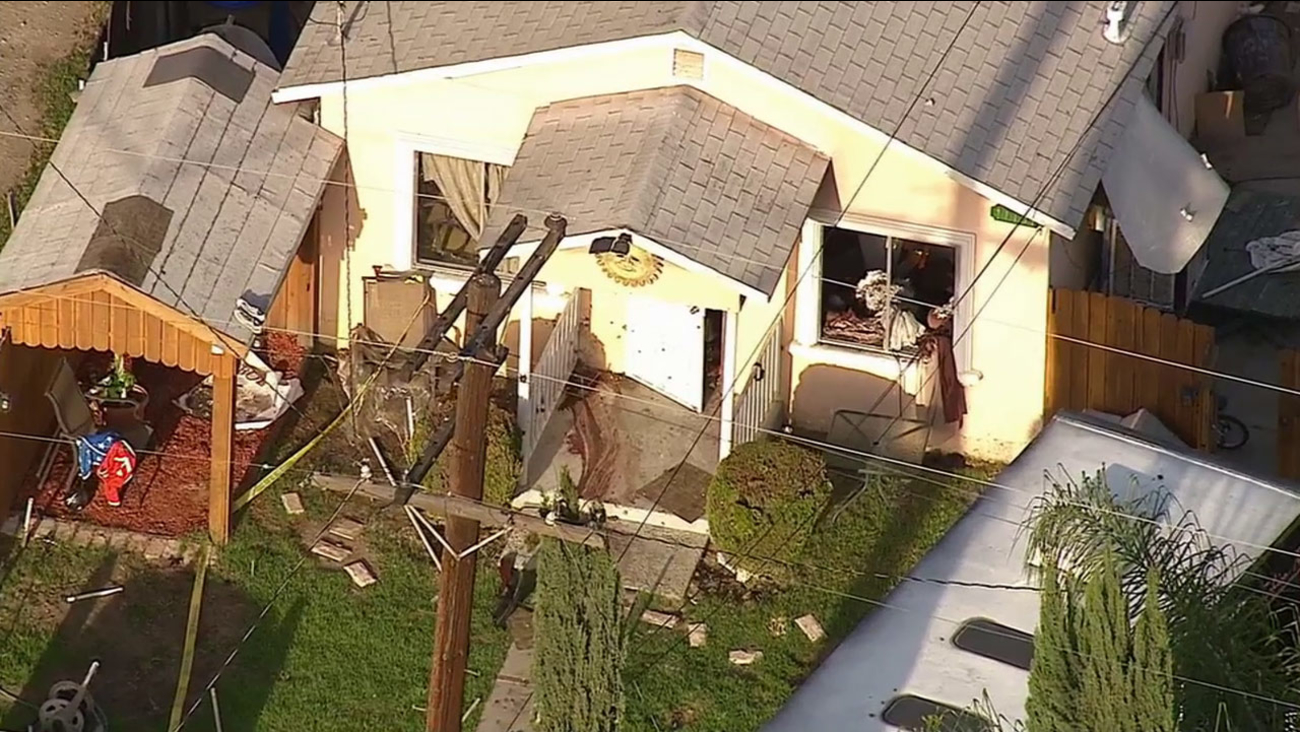 A Montclair home where a barricade and deputy-involved shooting took place on Wednesday, April 15, 2015.

MONTCLAIR, Calif. (KABC) -- A 52-year-old man who allegedly threatened to blow up a home and was involved in a barricade situation with San Bernardino sheriff's deputies Wednesday has died.

Deputies responded to a call at about 11:35 a.m. about a man who was threatening to blow up a home in the 11100 block of Chico Avenue in Montclair.

At one point, Ernesto Flores, 52, started a fire in the home and a deputy-involved shooting occurred, officials said. No details were released about the shooting.

Flores was taken to a hospital, where he died.