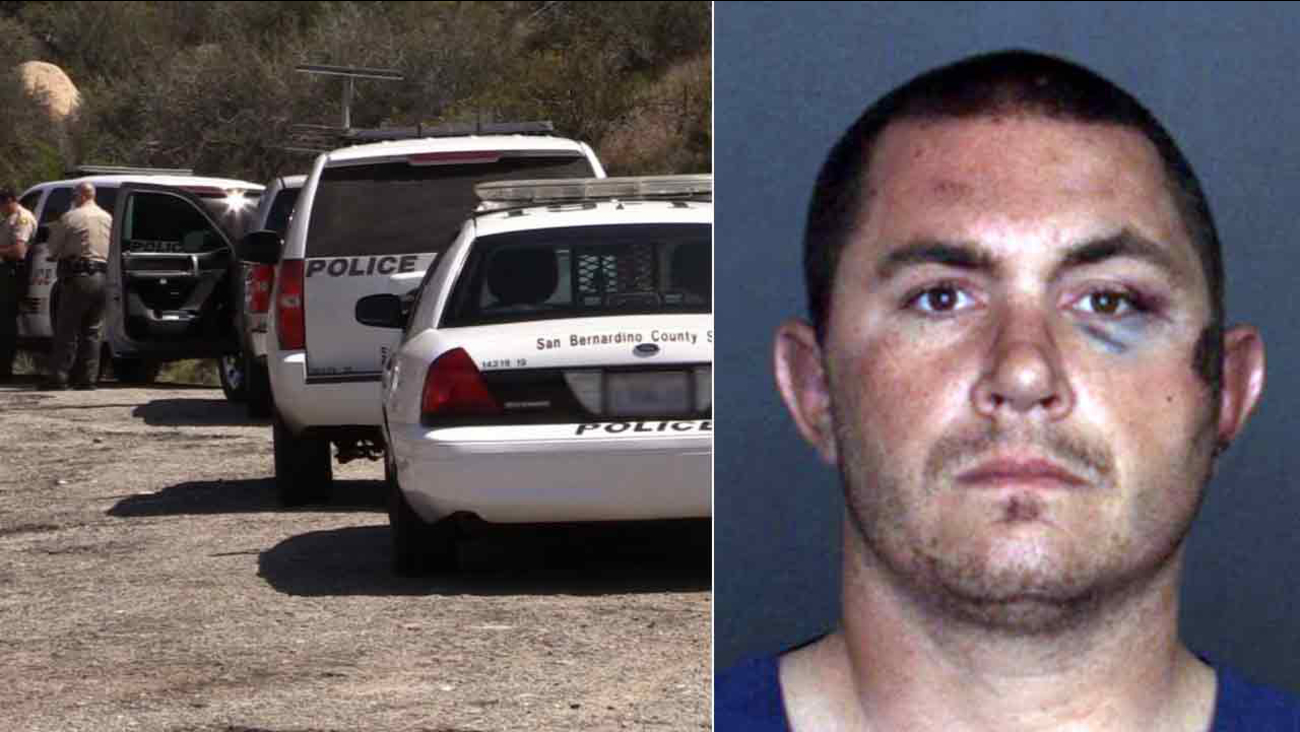 (L) Deputies are seen at the end of a wild chase in the Apple Valley area on April 9, 2015. (R) Francis Jared Pusok is seen in a mugshot.

APPLE VALLEY, Calif. (KABC) -- San Bernardino County will pay a $650,000 settlement to a man who was beaten by deputies after a horse chase.

The decision was reached at Tuesday's board of supervisors meeting in order to avoid a lawsuit. The settlement was unanimously approved in a closed session.

"The agreement settles all potential claims from Pusok that could stem from the April 9 incident," the county said in a news release.

When deputies finally caught up to him, they were caught on video repeatedly kicking and punching him -- even though the suspect was on the ground with his hands behind his back and legs spread.