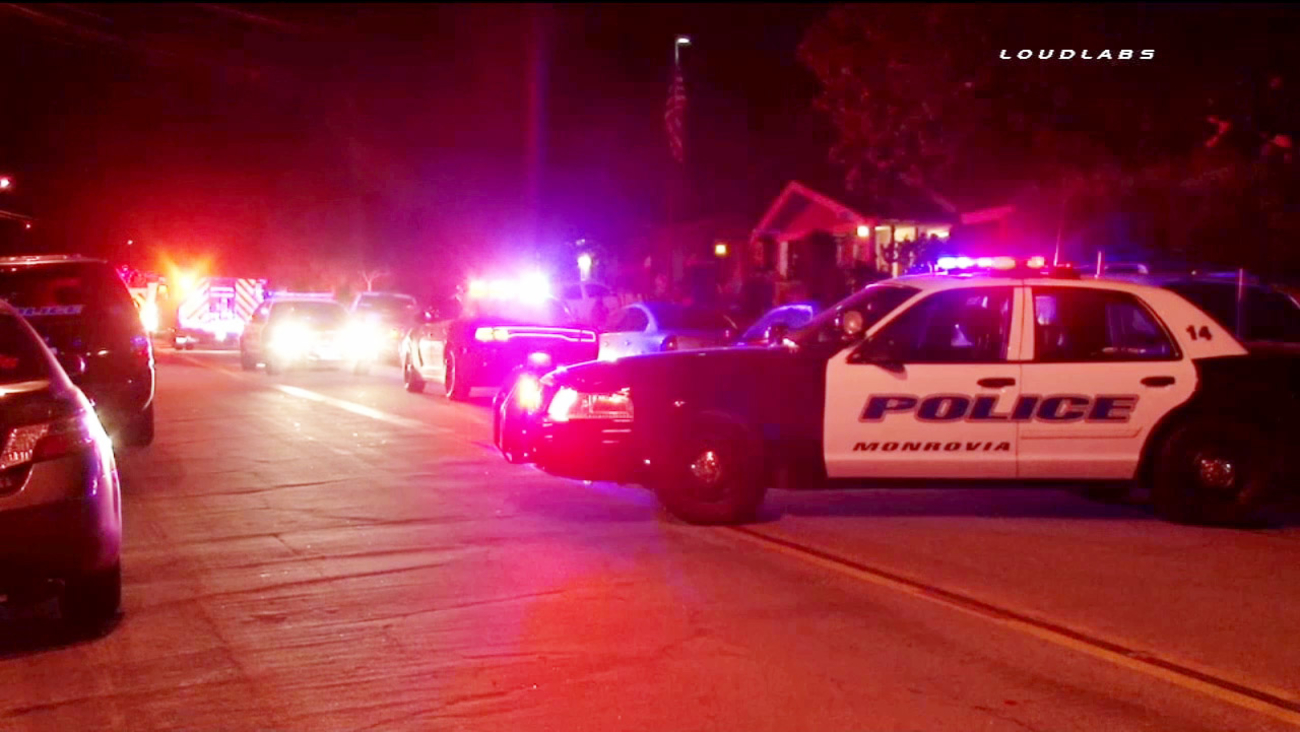 A law enforcement patrol vehicle is shown near the scene of a shooting on the 100 block of North Grand Avenue in Monrovia on Friday, July 17, 2015. (KABC)

MONROVIA, Calif. (KABC) -- Police say a man and a woman were found dead in Monrovia in what investigators believe was a murder-suicide.

Officers discovered the two bodies after responding to a report of shots fired on the 100 block of North Grand Avenue shortly before 2 a.m. Friday.

Police found a woman dead inside the house and a man dead in the backyard. Investigators said the two appear to be husband and wife. The couple was identified as Wendy Wright, 37, and Cory Wricker, 35.

According to preliminary investigation, the man appears to have killed his wife before committing suicide.