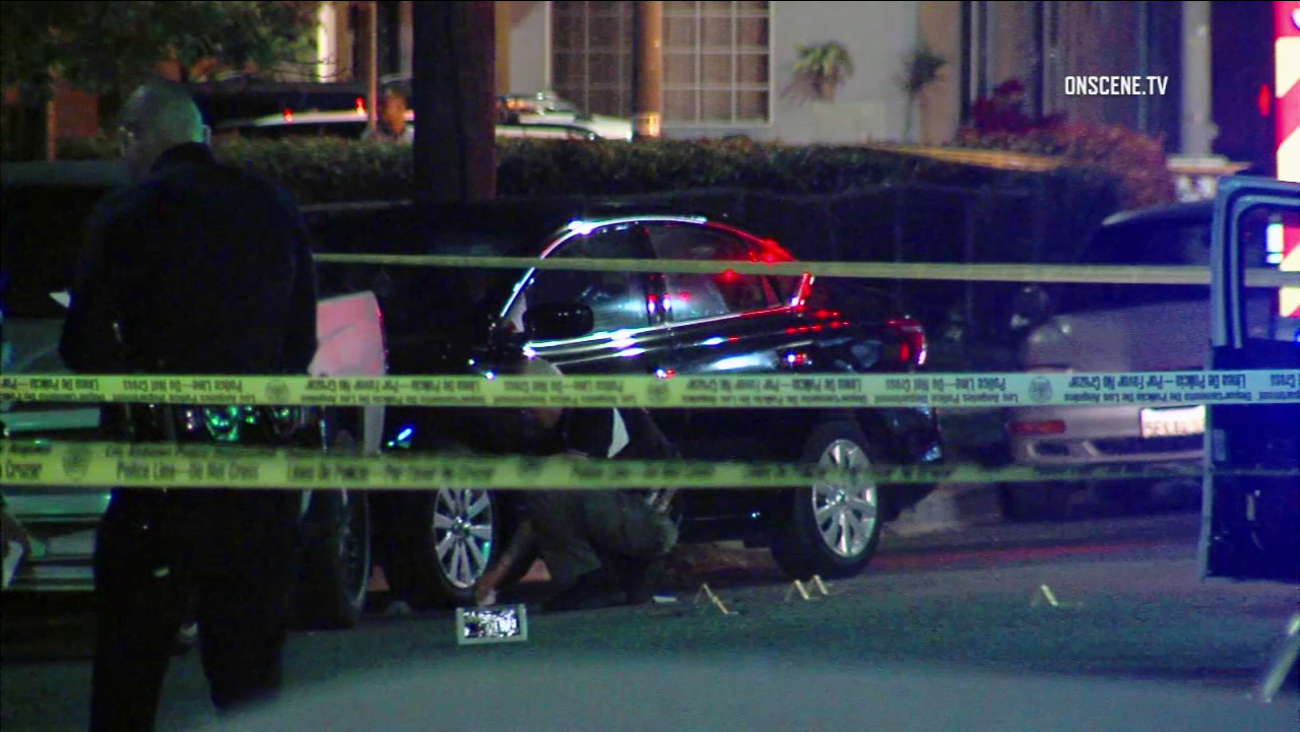 SOUTH LOS ANGELES (KABC) -- A man and a woman were gunned down in a driveway in South Los Angeles on Sunday, according to officials.