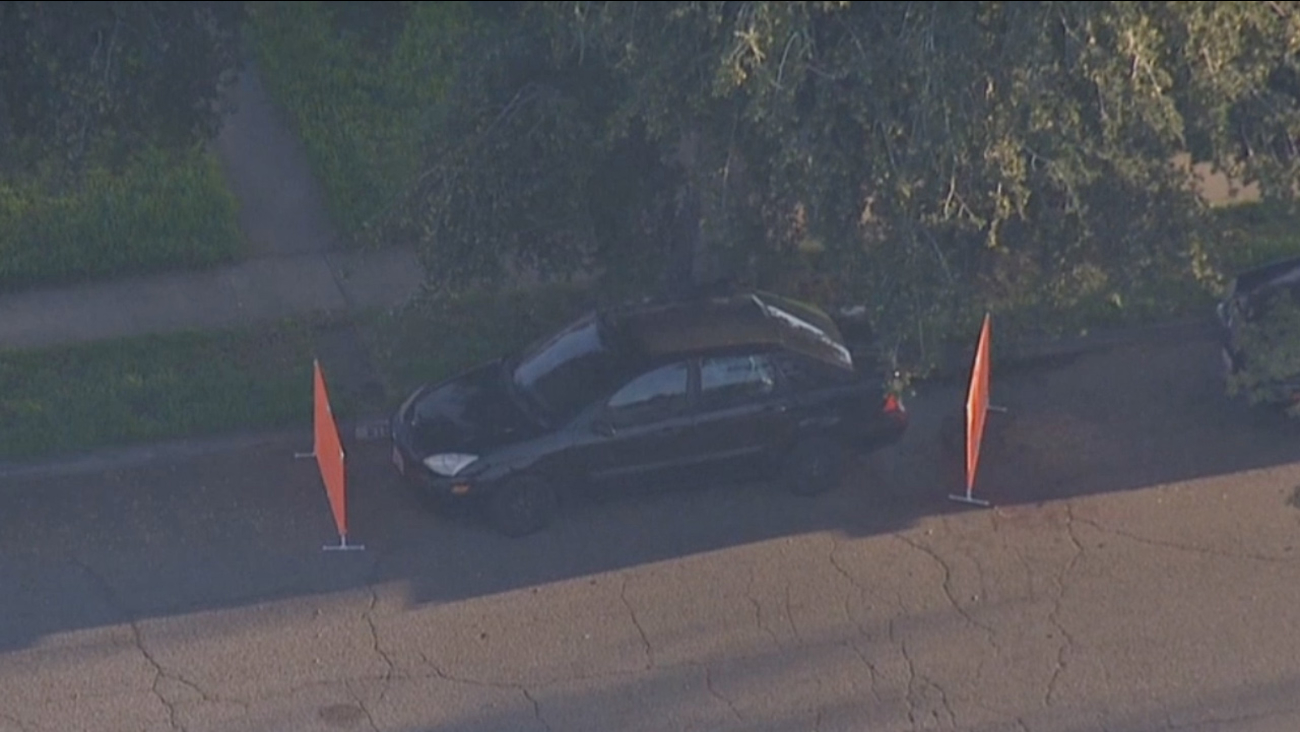 A body was found inside the trunk of a car parked in the 600 block of West Courtland Drive in San Bernardino on Wednesday, Sept. 23, 2015.

SAN BERNARDINO, Calif. (KABC) -- A homicide investigation was underway in San Bernardino on Wednesday after a man's body was found in the trunk of a car, according to authorities.

San Bernardino police said they received a call at about 10 a.m. regarding a car parked in the 600 block of West Courtland Drive with a foul odor coming from it.

Because it was considered a low-priority call, police said they didn't arrive at the scene until about 2 p.m. Officers said they opened the car trunk and found the man's body inside.

Neighbors reported seeing the vehicle parked on the street for four or five days. It was described as a black four-door sedan.

Investigators have not released the manner of death, but said the case is being treated as a homicide. The man has not yet been identified.

A tow truck transported the vehicle to the crime scene lab in San Bernardino for further analysis.