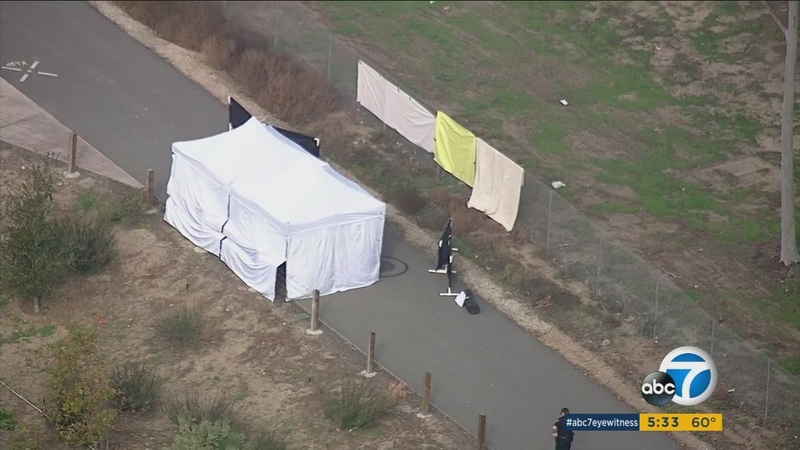 IRVINE, Calif. (KABC) -- Irvine police identified a man's body that was found on a bike path near the Los Olivos community Tuesday morning.

Officials said the death of Irvine resident Sidney Siemensma, 51, is being investigated as a homicide.

Shortly after 7 a.m., authorities received several reports of an adult male injured on a bike path, which runs parallel to the 405 Freeway and the Irvine Center Drive off-ramp.

Drivers who dialed 911 were reportedly able to see the body from the freeway. First responders arrived at the scene and determined Siemensma was dead.

Siemensma's body had visible injuries, but police did not immediately disclose how he died or what killed him.