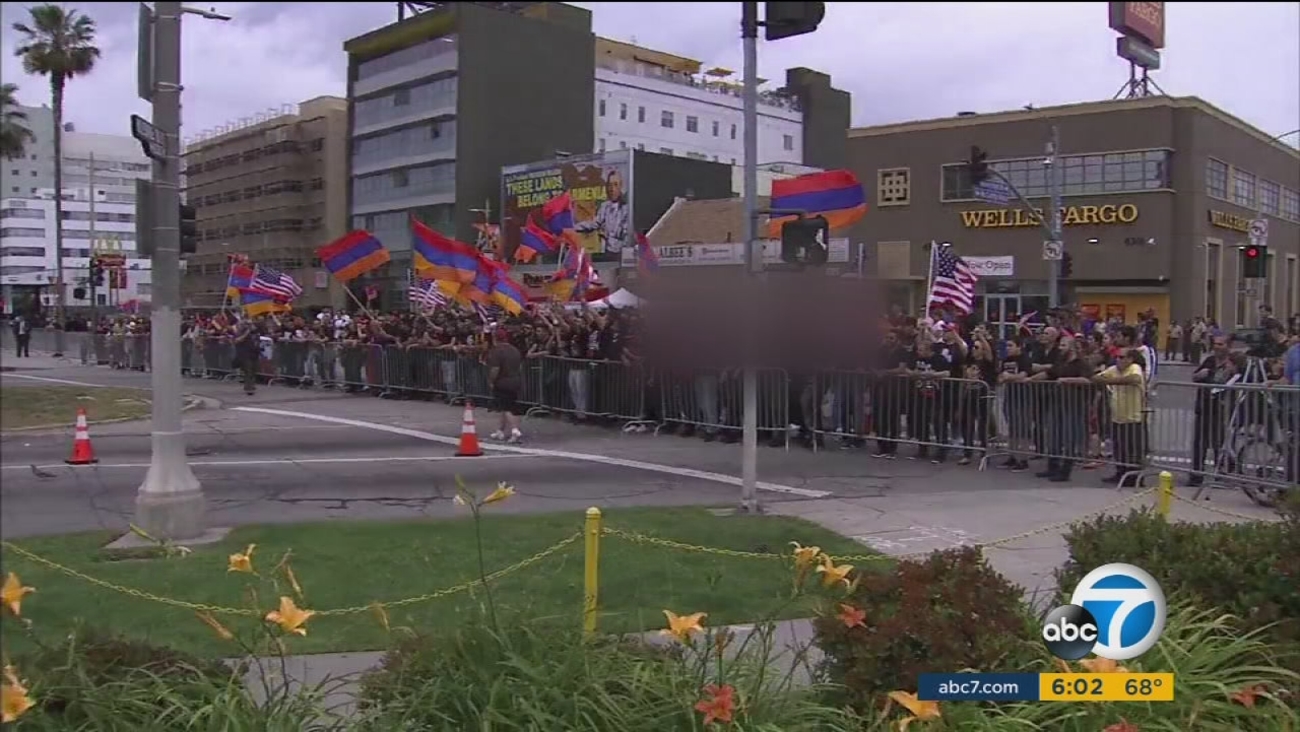 The protesters called for justice, demanding the U.S. and Turkish governments acknowledge the killings of 1.5 million Armenians as a genocide.

"All we're asking for is recognition and reparations. They don't want to do it and there are political reasons behind why the U.S. government won't support it, but that's not going to stop us from fighting," protester Papken Pakhchanian said.

As several chanted with Armenian flags and bullhorns, a small group of Turkish counter-protesters also turned out.

Turkey disputes the events were a genocide, saying the deaths were an act of civil war and unrest.

At the height of the rally, someone flew a Turkish flag over the crowd with an airplane. Many said the gesture added insult to injury for those protesting.

"Today's flag that you saw turning around, the Turkish flag, this was a cheap shot. It's not real. If they are real, they would recognize it like Germany recognized the Holocaust," Hrayr Sherikian said.

After the demonstration a video surfaced in social media showing a now-former freelance cameraman, who was working for ABC7 that day, making disparaging comments about the protesters while interviewing someone who was denying the existence of the genocide. ABC7 has apologized for the incident and the cameraman no longer works for the station. In addition, ABC7 met with representatives of the Armenian-American community about the protest coverage and has issued this statement.
Related topics:
hollywoodmid wilshirelos angelesprotestgenocidesocietyhistoryrally
Copyright © 2021 KABC-TV. All Rights Reserved.
More Videos
From CNN Newsource affiliates
TOP STORIES