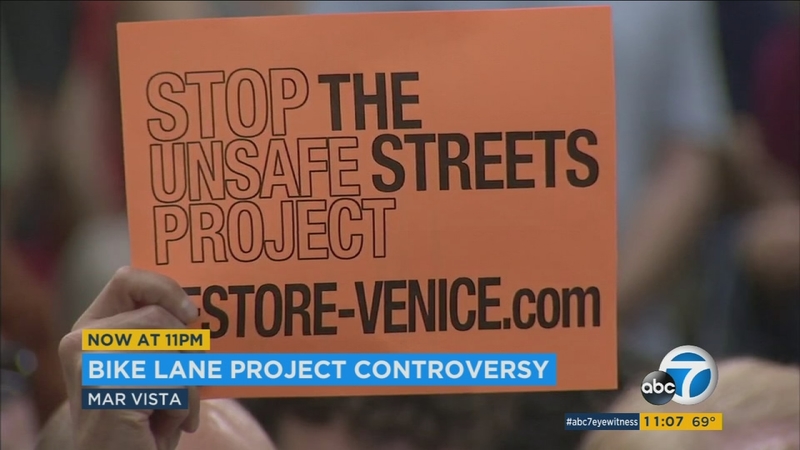 MAR VISTA, LOS ANGELES (KABC) -- Dozens of people packed a room during a Mar Vista community council meeting over a bike lane project that residents believe will keep them stuck in traffic longer.

There were cheers and angry words from the community members. Many of them spoke out against the Venice Boulevard Great Street program.

"The people you didn't engage in your limited outreach efforts have gone to Change.org and given this Great Streets pilot project a big thumbs-down," one resident said.

The recently implemented pilot project includes several changes to Venice Boulevard between Beethoven Avenue and Inglewood Boulevard. It includes the removal of one traffic lane in each direction and the widening of a bicycle lane.

"As soon as these bike lanes came in, it felt so much better to bike through Mar Vista and shop at these businesses," another resident said.

"I've been on both sides of this. I've been hit while riding a bicycle and I've had a lot of bicyclists doing stupid things - not all of you do - but I've had enough of you give me problems that I want you guys away from me," one woman said.