KABC
LOS ANGELES (KABC) -- Marinello Schools of Beauty announced that all of its campuses, including those in California, are closed as of Thursday after 110 years in business.

The official word of the closure was sent to students just days after the federal government cut the chain's financial aid program.

On Thursday, students at the Moreno Valley campus were greeted by locked doors displaying signs stating it was closed until further notice.

"I came down here to figure out what was going on and I wasn't expecting to come here and the doors were closed," said student Maurice Martin, who stated he enrolled three weeks earlier using his GI Bill to pay for school. "This is crazy, like if I would have known this I would not have came."

The school said that the move by the U.S. Department of Education left it with no other option except to close.

The department said several investigations uncovered serious violations determining that Marinello was withholding a portion of federal aid from its students, knowingly requesting federal aid for students based on invalid high school diplomas, charging students for excessive overtime and engaging in other acts of misrepresentation.

Meetings will be held next week for students to get their transcripts and other official paperwork. Representatives will also be on hand to help guide students with their future options.

In addition to California, the school also has locations in Nevada, Utah, Connecticut and Kansas. 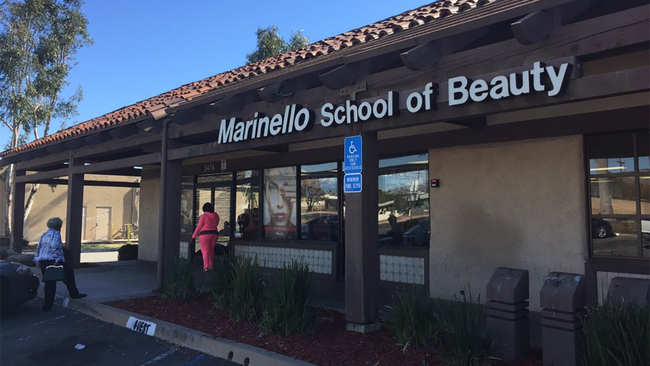