KABC
By ABC7.com staff
MARYSVILLE, Wash. (KABC) -- A student opened fire in a high school cafeteria in Washington state on Friday, killing at least one person and wounding four other students, officials said. The gunman died in the attack of an apparent self-inflicted gunshot wound.

Sources told ABC News that the shooter was identified as Jaylen Fryberg, a freshman at Marysville-Pilchuck High School. Students and parents say Fryberg played on the school football team and was recently crowned as a Homecoming prince. 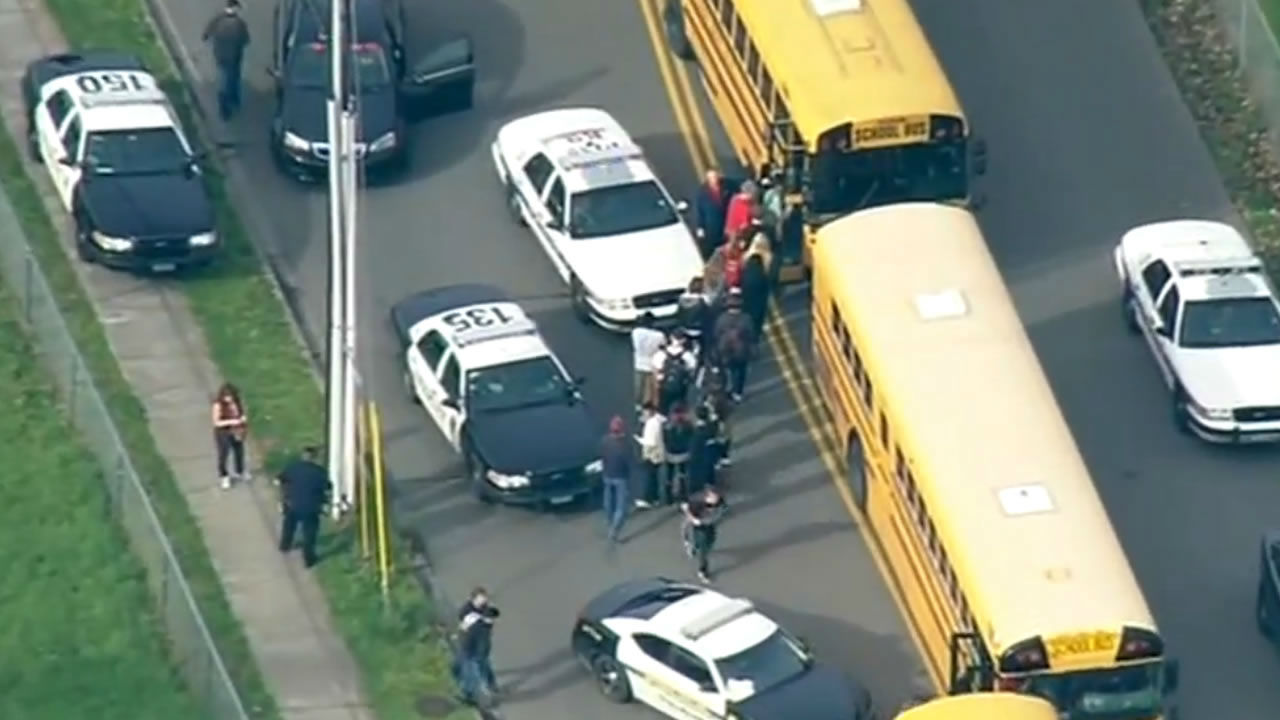 PHOTOS: Marysville high school shooting
Police responded Friday to a high school north of Seattle after it was locked down amid reports of a shooting. See photos.
Police responded to the school after getting a 911 call about a possible active shooter incident at about 10:45 a.m. Fellow students say Fryberg remained calm during the shooting, staring down each victim as he unloaded his gun.

Marysville Police Administrative Commander Robb Lamoureux said the fatal shooting victim was a female, but did not say whether it was a student or a staff member.

The four injured individuals include two females and two males, according to Providence Regional Medical Center Everett's Chief Medical Officer Joanne Roberts. Three of them remain in extremely critical condition. The fourth patient was transferred to Harborview Medical Center with less severe injuries to the jaw area, said Roberts, adding that the two deceased were declared at the scene.

As the situation unfolded, Marysville School District said in a statement that students were being relocated to a nearby church, and all after-school activities were canceled for the day.

"I don't even know how to comprehend it at this point," said one female student.

Eyewitness Alyx Peitzsch told ABC affiliate KOMO-TV that she was in the cafeteria when the shooting started, and she heard four gunshots. She estimated that there were approximately 50 people in the cafeteria, but she ran out of the room as soon as she heard the gunshots.

At this point, police say the motive remains a mystery. Students described Fryberg as a nice, normal kid and say nothing appeared out the ordinary at school Thursday.