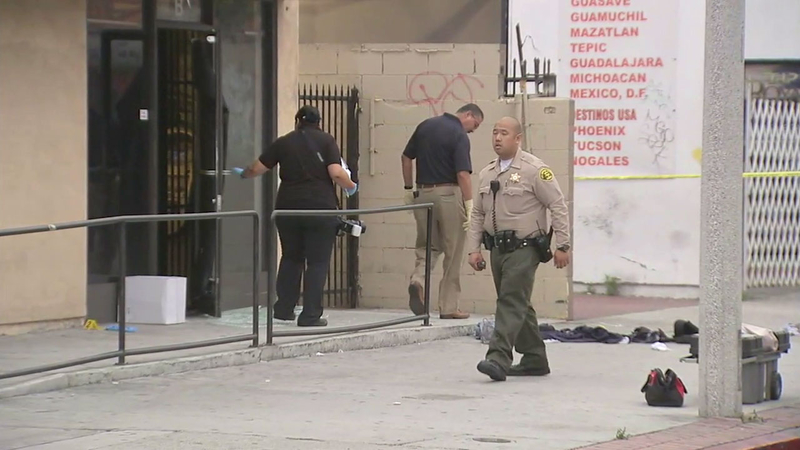 WALNUT PARK, Calif. (KABC) -- The manager of a medical marijuana dispensary in Walnut Park opened fire on two armed men after he said the suspects tried to rob him.

The incident occurred at around 10:40 p.m. Tuesday in the 2400 block of Florence Avenue, according to the Los Angeles County Sheriff's Department.

The store manager told Eyewitness News that the suspects barged into his business clad in body armor and with their faces covered, pointing assault rifles at him.

The manager said he had no other choice but to grab his handgun and shoot at the suspects, firing at least 10 shots in self-defense.

Jasmine Chavez, who lives just behind the business, said when she came out of her home a short time after the shooting, she saw the suspects being wheeled into an ambulance.

She then talked to the manager of the business.

"His reaction was wow, like lucky to be alive," Chavez described. "He's like, I had to do what I had to do to save my life and his employee there as well."

Local resident Hector Martinez, who has worked at a marijuana dispensary as a security guard, says the owners of such businesses usually have security guards around all the time.

"A lot of money is kept inside, and that's why they always hire guards and actually have to escort people with that amount of money out so they won't get robbed," Martinez said.

Authorities said both suspects were taken to the hospital to be treated for gunshot wounds, though their exact conditions were not immediately released.