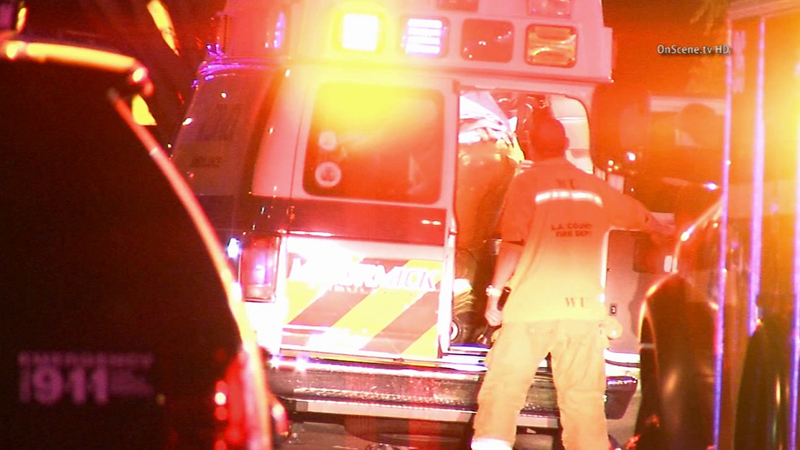 CARSON, Calif. (KABC) -- A man believed to have a mental illness was shot and killed by Los Angeles County sheriff's deputies after allegedly confronting them with a steak knife Sunday morning in Carson.

The family identified the suspect as 19-year-old Fernando Escovedo.

The incident was reported shortly before 1 a.m. in the 23000 block of Marbella Avenue. The suspect allegedly went after one of the deputies while still armed and was subsequently shot, officials said.

He was taken to a hospital, where he was pronounced dead. No deputies were injured.

A small vigil was held Sunday night for Escovedo. The family says he suffered from mental illness, and was prone to violence from an early age but had no criminal record.

"The knife that everybody says that he had was not found until after he was searched, after he was shot four times in the street," said Armando Arreola, Escovedo's cousin.

The family told Eyewitness News they have scheduled to meet with a lawyer Monday. They say they also plan on staging a protest in the coming weeks.