KABC
By Leanne Suter
MONROVIA, Calif. (KABC) -- The body of a Monrovia mother of two who was reported missing was found inside her car not far from her apartment Tuesday.

Family and friends gathered with candles in Monrovia to remember the mother whose life was cut short.

Through tears and hugs, people comforted one another in front of Lajoya McCoy's apartment complex located in the 800 block of W. Olive Avenue.

The 31-year-old disappeared last week, and Tuesday detectives found a woman's body inside McCoy's car just a mile away from her home in the 200 block of Cypress Avenue.

The car is currently being processed by the medical examiner and scientific services bureau.

Friends said they have been told by family members that the body is the missing mother of two.

"She was wonderful. She was young and full of life and had her whole life ahead of her," McCoy's friend, Tangelia Alfred-Gentles, said.

Detectives said they found evidence of foul play in McCoy's apartment, but would not release further details of the investigation.

Friends said they have no idea who would want to hurt her.

McCoy, who had a master's degree, worked as an accountant for Los Angeles County and also had a clothing boutique she was moving over to Pasadena.

Friends and family said they just want to know what happened to her and why. McCoy's two children, who are 7 and 9, were staying with their father when she disappeared.

Anyone with information is asked to contact the Los Angeles County Sheriff's Department's Homicide Bureau at (323) 890-5500. Those wishing to remain anonymous may contact "Crime Stoppers" at (800) 222-8477. 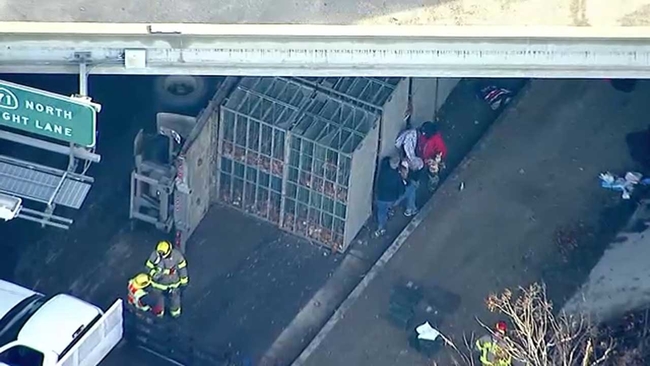