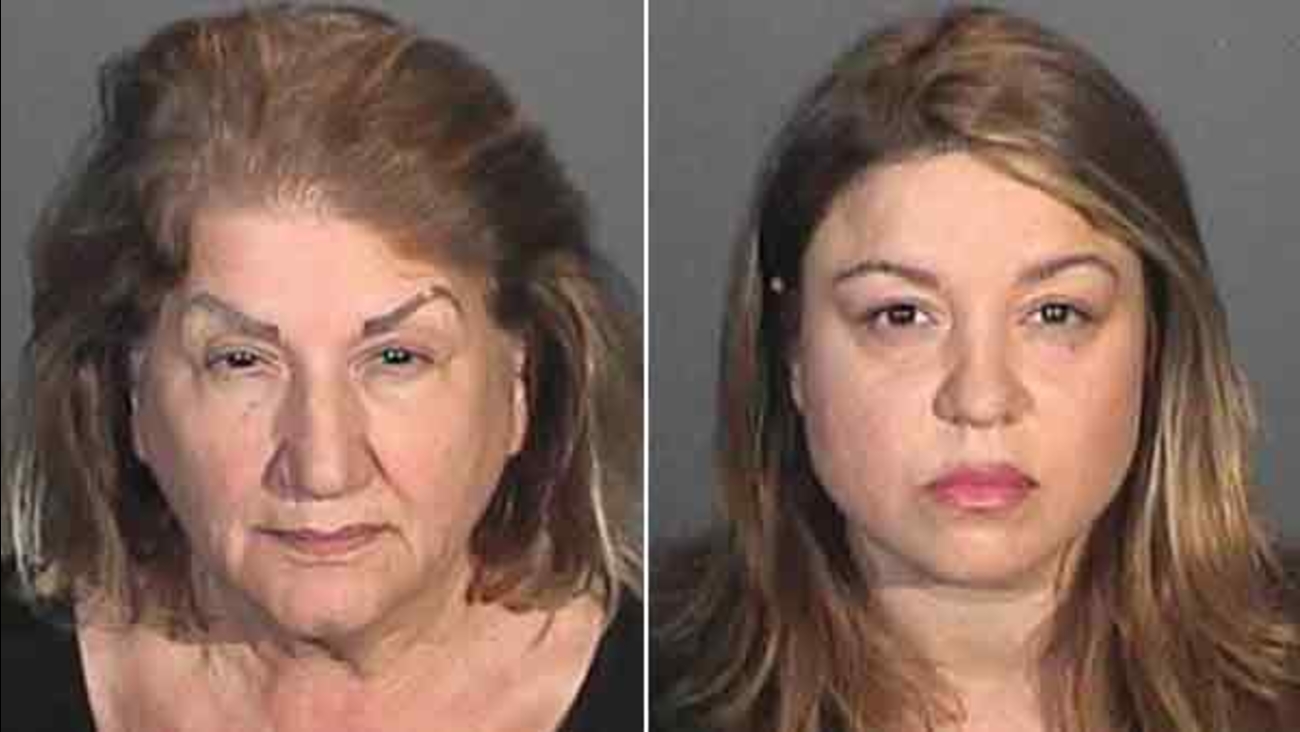 Goar Davtyan, 67, (left) and Alina Davtyan, 41, (right) are pictured in mugshots released by the Glendale Police Department on Friday, May 13, 2016.

GLENDALE, Calif. (KABC) -- A 67-year-old Glendale woman has been arrested for a hit-and-run that killed an 81-year-old man in April while her daughter was arrested for being an accessory, police said.

Her daughter, Alina Davtyan, 41, of Glendale was arrested for accessory to a crime and filing a false insurance claim.

The hit-and-run occurred on the night of April 16, when an 81-year-old man was crossing Broadway at Belmont Street and was hit by a white sedan. Martiros Arutyunyan of Glendale suffered head injuries and later died at the hospital.

Martiros Arutyunyan, 81, is shown alongside a surveillance photo of the suspected hit-and-run driver's car.

Police said they had identified Davtyan as a person of interest early in the investigation, but waited to gather more evidence before making the arrest.