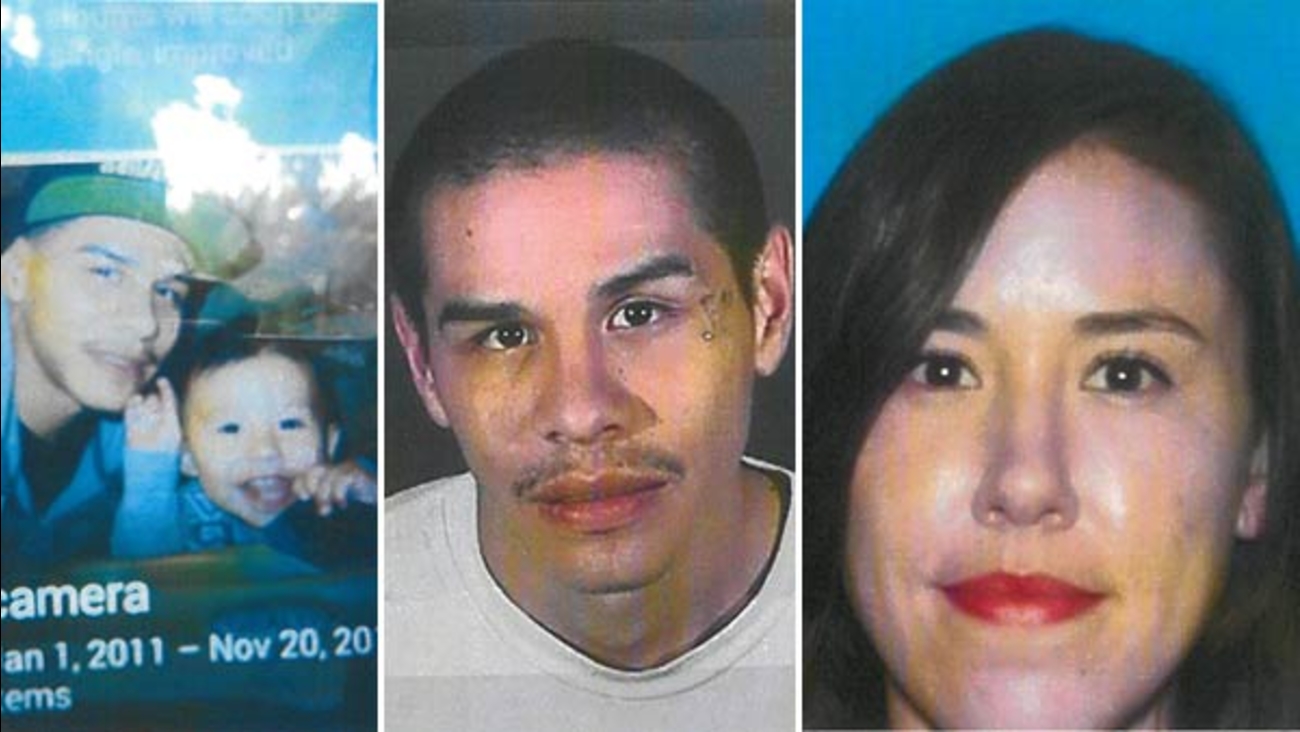 SOUTH LOS ANGELES (KABC) -- A mother and toddler have been found after an Amber Alert out of South Los Angeles, according to the California Highway Patrol.

Sanchez and the child were injured, according to the Los Angeles Police Department who said they couldn't specify the type of injuries. Luis Avalos was still on the run, according to officials.

The CHP said the silver Chevrolet Impala that Luis Avalos used to kidnap Sanchez and the toddler was recovered.

Luis Avalos is described by CHP as a Hispanic male, 5 foot 6 inches tall, 140 pounds, bald headed with brown eyes and a tattoo on his left cheek that says "Sabrina," a tattoo of red lips on his right neck and a tattoo of a Rosary around his neck.

CHP said Luis Avalos is a documented gang member with prior convictions for domestic violence and firearm charges. There is an active restraining order against Luis Avalos for both the victims, officials stated.

Luis Avalos is on probation for domestic violence, according to CHP.

Officials said Luis Avalos drove Sanchez and Ayden Avalos to her home. Police stated Sanchez's mother heard a scream, looked outside, and witnessed her daughter getting out of Luis Avalos' car.

Sanchez was observed throwing her cellphone and purse to the ground and trying to run back to the car to grab Ayden Avalos, according to authorities.

Sanchez's mother heard her scream, "Let me go," as she watched Luis Avalos punch and force Sanchez through the window and into the car, officials said.

Police said Luis Avalos then drove off with Sanchez and the child. Officers used Sanchez's cellphone to call Luis Avalos and stated they heard Sanchez screaming and struggling in the background.

Officers asked to speak with Sanchez and said Luis Avalos then placed the call on speaker. CHP said when asked three times if she was OK, Sanchez finally replied, "I'm fine."