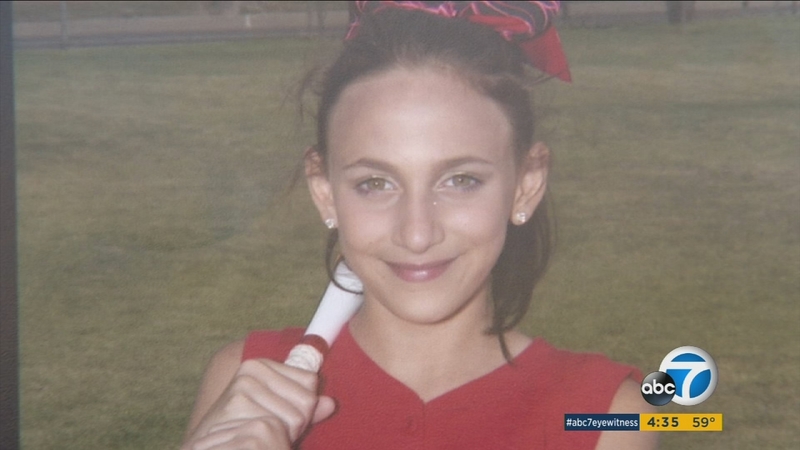 RESEDA, LOS ANGELES (KABC) -- A 13-year-old teenager may have been killed by carbon monoxide poisoning two days after Christmas.

Kim Holt, who lost her daughter, now wants to make sure no one else loses a loved one.

"Yesterday evening I got a call from the coroner saying that they hadn't done the autopsy yet, but there were high levels of carbon monoxide poisoning in her bloodstream," she said.

She said that her daughter, Zoey Hernandez, had been staying with a family friend for the last couple of months. They had just moved to a different home on the night that Zoey died.

"If there were the proper monitors up in each room like they're supposed to be then this just wouldn't have happened," Holt said.

Carbon monoxide detectors and alarms can play a vital role in preventing poisoning. In California, all single-family homes with an attached garage or a fossil fuel source are legally required to have a detector.

Los Angeles Fire Department spokesperson Margaret Stewart said carbon monoxide is a danger to millions of people, and it's the leading cause of unintentional poisoning across the U.S.

"It's called the silent killer because it's odorless, colorless, tasteless. So it's invisible to us, so people don't know when they have an issue until they're already feeling symptoms," she said.

She added that there's an increase in cases during the winter months, especially when people without adequate heat start using whatever they can to stay warm. She warned that people should never try to heat their homes with an appliance, such as an oven or barbecue.

Holt said she is in unimaginable pain, but she wants to prevent others from having to experience it.