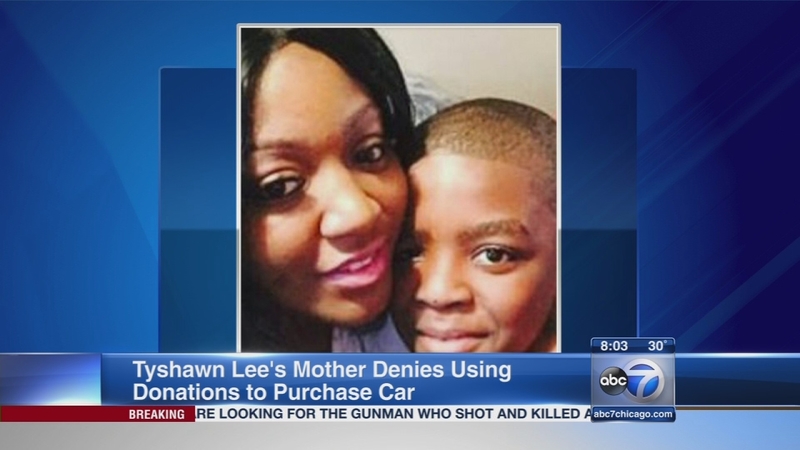 CHICAGO -- The mother of a 9-year-old boy shot to death earlier this week is being accused of spending money donated through a GoFundMe effort intended for funeral expenses on a new car.

Karla Lee is strongly denying the claim Saturday night and commenting on those who have taken to social media to criticize her.

The mother of slain Tyshawn Lee says it's simply not true. She said she did not use money donated to help pay for her son's funeral to buy a new car.

"Y'all don't know nothing about me," she said. "For y'all to be bashing me like that, and I just lost my child."

Lee is defending herself after heavy criticism on social media accusing her of using donated money from a GoFundMe page. While she admits to buying a car, she says she used her own money to make the down payment for the 2015 Chrysler 200.

The emotional 26-year old says she bought the car to protect herself so she wouldn't become a target by walking or taking the bus.

"I told them I was scared and I was fearing," she said. "Too bad if y'all don't understand that."

Lee said the controversy began after the dealership where she bought the car posted her purchase on Facebook without her knowledge. The post was deleted after negative reactions by supporters who donated.

"Once again, it just looks offsetting that out of nowhere you're driving around in a new car," said Aundra Lewis.

More than $17,000 dollars was raised in four days through the donation page, which was created by a friend of Lee's to "Help Karla lay her son to rest."

Police say Tyshawn Lee was lured into an alley and murdered Monday night because of his father's gang ties, which he denies.

A reward for information about the slaying is now over $54,000 thanks in part to Father Michael Pfleger.

"I'll do whatever I have to do to find out who the killer is and put him behind bars,"said Fr. Pfleger, St. Sabina Catholic Church.

Lee claims $13,000 remain in the account after she paid for some funeral expenses and GoFundMe took its percentage fee. Saturday, as she prepares to bury her son, she prays for justice and understanding.

"I'm just hoping that they find Tyshawn's killer," she said.

No arrests have been made in the shooting as police say their investigation is ongoing.

The funeral from Tyshawn Lee is schedule for Tuesday at St. Sabina Church. 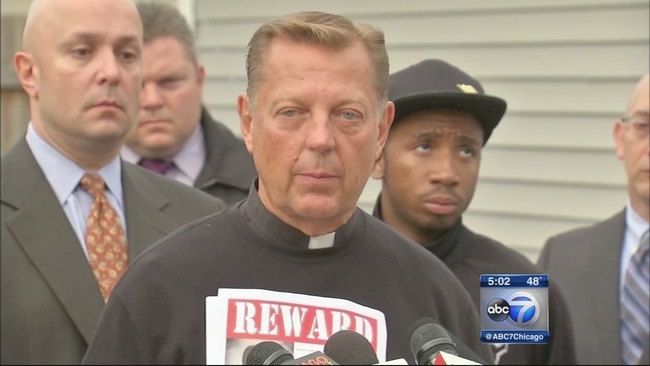 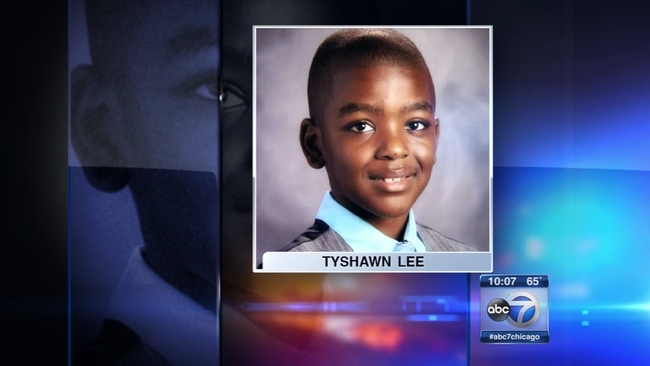 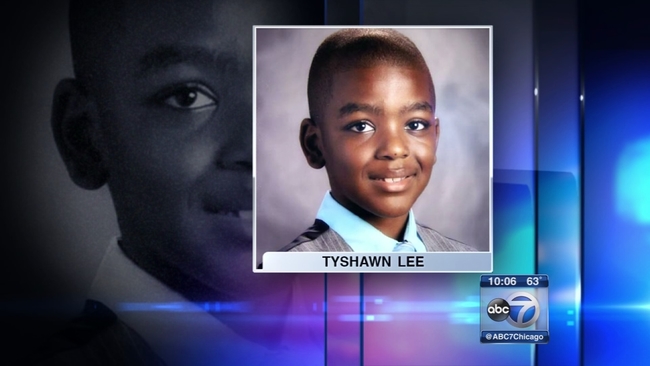