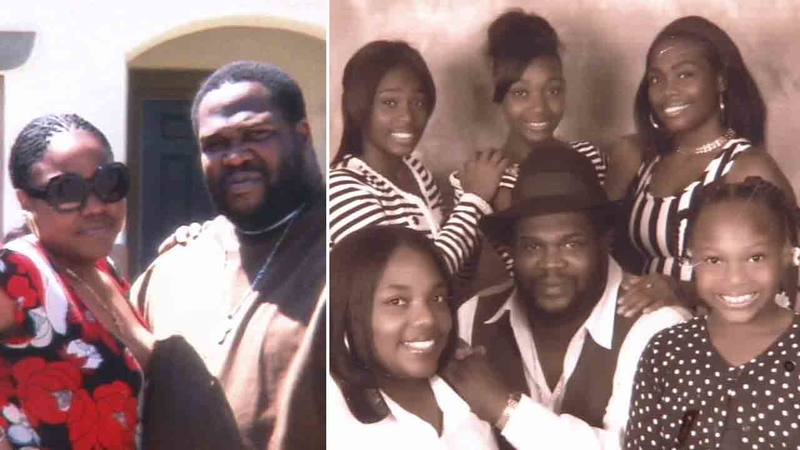 SAN BERNARDINO, Calif. (KABC) -- Flanked by attorneys, community leaders and the NAACP, the family of 36-year-old Dante Parker spoke out Tuesday. Parker died after being stunned with a Taser gun multiple times by a San Bernardino County sheriff's deputy.

"He had a family to come home to, he was our provider, he was the rock of our family," Dante's widow, Bianca Carlisle-Parker, said. "I don't want to go through life being a bitter person, but I feel myself having a whole bunch of anger."

A. Majadi, president of the NAACP's San Bernardino branch, has called on the Justice Department to take over the investigation into Parker's death.

"African American men do not get the benefit of the doubt in this country, there are assumptions made immediately when people see them that they are violent, troublemakers, etc.," Majadi said.

The incident occurred in the 13000 block of Bucknell Court in Victorville on Aug. 12. A resident called 911, saying someone was trying to break into his house and that the suspect got away on a bicycle. Police arrived and confronted Parker, who was on a bicycle, as their attempted burglary suspect.

The San Bernardino County Sheriff's Department says Parker appeared to be under the influence of a controlled substance. When he got combative, the deputy used a Taser several times, but Parker continued to struggle.

Deputies called paramedics after Parker began sweating profusely. He was transported to a hospital in Victorville, where he later died.

The family is calling for change within the sheriff's department. They want all deputies to wear body cameras, so that all interaction with members of the public will be recorded.

"This is becoming too commonplace where we have to appear in front of cameras to insist on justice and transparency as it relates to the investigation regarding the death of our people," Majadi said. "Enough is enough."

San Bernardino County Sheriff's Department Lt. Brad Toms released the following statement regarding the implementation of body cameras: "We understand the importance of having body cameras for our deputies," the statement read. "It's something we've been looking into for the past several months as the technology improves."

Toms tells Eyewitness News it's not a matter of if, but when the department will get body cameras.