Nanny gets probation for stuffing bib in Redlands infant's mouth

KABC
By Rob McMillan
SAN BERNARDINO, Calif. (KABC) -- A nanny who pleaded no contest to abusing a Redlands baby was sentenced to a strict probation Friday.

Gina Halliburton was a Mentone nanny who was caught on nanny-cam video stuffing a bib into the mouth of a then 1-year-old infant she was babysitting in 2014.

During her sentencing, the judge told her there will be a large sword hanging over her head.

Shawna Scott said the past couple of years has been devastating for her son. She said the day after the incident she tried to give him a hug, but he ran away in terror.

"It's crushing. He definitely had an issue with women and coming to me and coming to my mom. (It's) completely unfair and that was really hard," she said.

While the family said they're pleased with Halliburton's sentencing, they wonder whether she is really sorry for what happened.

The judge at one point in court said he could only describe the look on Halliburton's face as a smirk. Her attorney disagreed, but said he understood why the court could see that. He said he's discussed with his client on how her look could be perceived incorrectly.

He added that she's remorseful and has gone to counseling to deal with what she did.
Related topics:
redlandsmentonesan bernardino countychild abusesentencing
Copyright © 2021 KABC-TV. All Rights Reserved.
RELATED 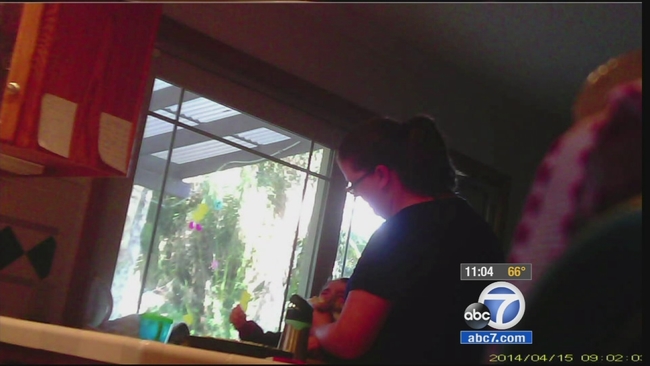