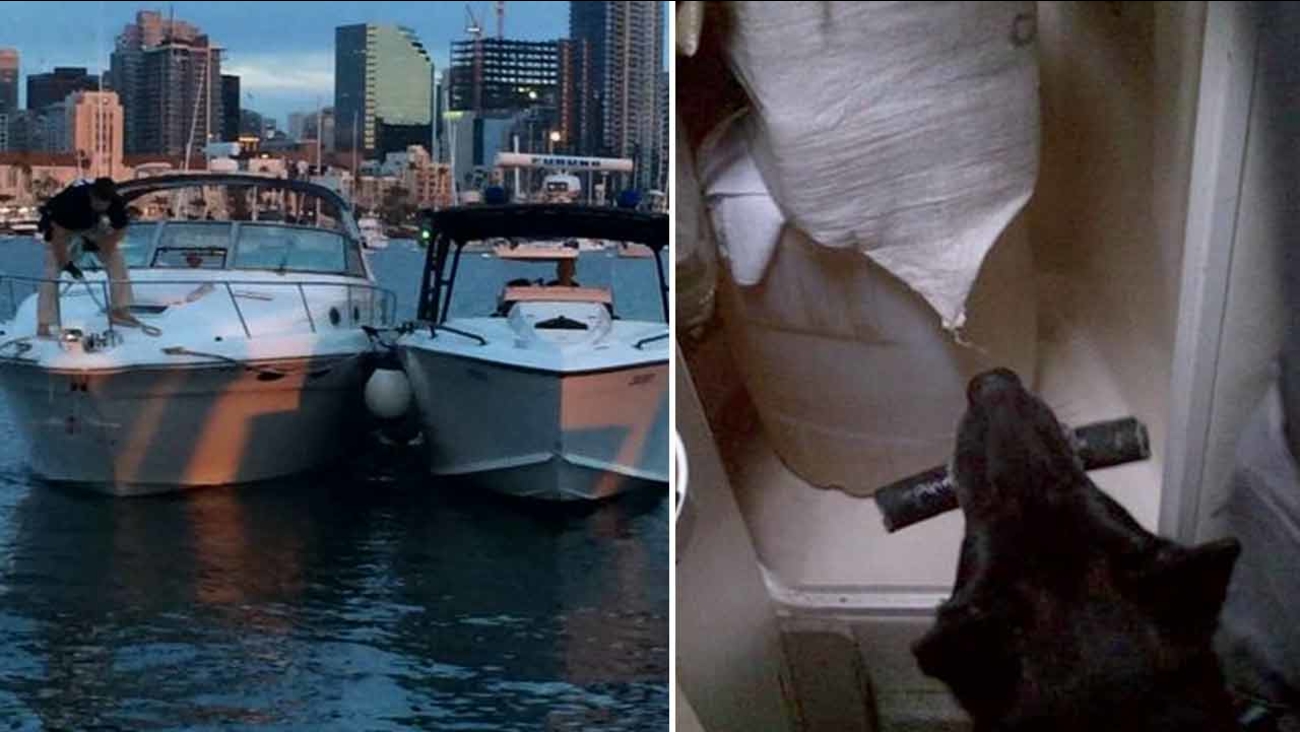 CBP agents patrolling the marina in San Diego Bay boarded the 33-foot Sea Ray vessel Monday night. They summoned the Border Patrol's drug-sniffing dogs, which alerted them to the pot in the ship's cabin, according to CBP.

After further inspection, agents found marijuana with a total estimated street value of $960,000.

No arrests were made and the owner of the boat was not identified as the investigation remained ongoing.