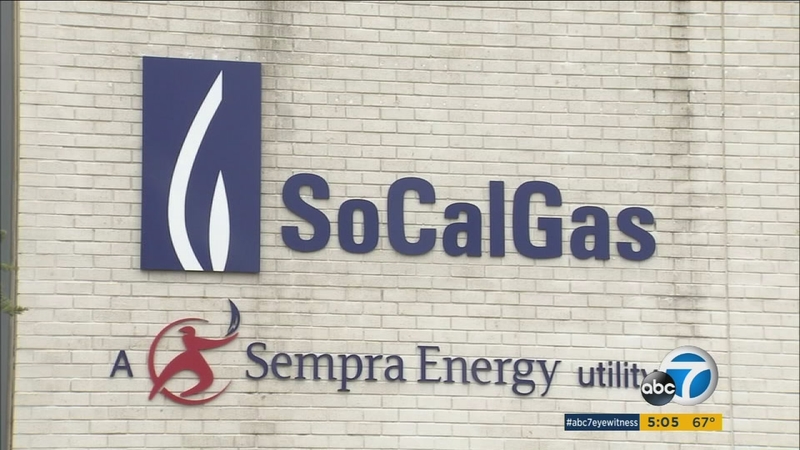 PORTER RANCH, LOS ANGELES (KABC) -- Just weeks after a foul-smelling natural-gas leak was capped in Porter Ranch, residents reported a smell on Wednesday that was raising concerns about a new methane release.

Residents throughout the Porter Ranch area reported a strong odor of gas from around 7 a.m. to 10 a.m. Wednesday, saying it smelled just as bad as when the Southern California Gas Co.'s Aliso Canyon storage facility developed a leak in October.

"We went to get a snack for the kids and I got hit in the face by this awful, distinct natural gas smell. It was terrible," said Porter Ranch resident Dana Ogle. "Then I drove a half mile away to my kids' school. Still smelled it there, just as strong. So I know it wasn't localized."

Southern California Gas said it had received several complaints directly and sent crews out to investigate, but they didn't find any evidence of a new leak.

"We have had crews looking at our operations, looking at sources where there might have been some kind of escape of methane and we have found nothing," said SoCal Gas spokesman Mike Mizrahi. "Whatever people are smelling, it's not coming from Aliso Canyon."

The natural gas leak from Aliso Canyon lasted about four months, until it was capped in mid-February. It was considered the largest methane leak in U.S. history and resulted in the relocation of thousands of residents into temporary housing.

SoCal Gas is facing criminal charges for alleged failure to report the leak immediately. Many residents developed a distrust of the company during the ordeal and several on Wednesday said they don't believe the company's claim that the odor was from a source other than Aliso Canyon.