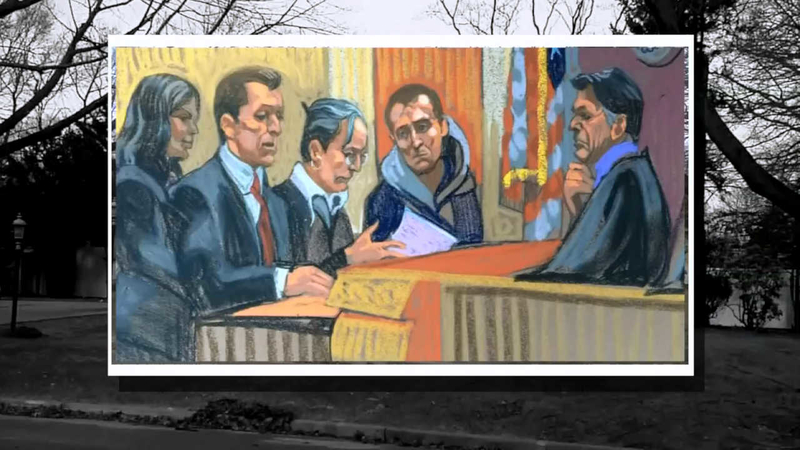 NEW YORK -- Residents in Commack were unnerved by the allegations that inside a home on the quiet Ronde Drive, the FBI says lives a man preparing to strap a bomb to his chest and sacrifice himself for jihad.

"Officers said the guy was crazy. I have my grandchildren come here - it's very frightening for the neighborhood," said Sharon Ross.

According to authorities, 26-year-old Elvis Redzepagic, a U.S. citizen, persistently traveled to the Middle East to try to join ISIS or another extremist group. Redzepagic made it to Turkey in 2015, Jordan last year, and even made it to the Syrian border.

Prosecutors say when police arrested him on Feb. 2 for a minor, unrelated charge, he allegedly told them, "I'm going to leave this country, and I'm going to come back with an army - Islam is coming."

The FBI said he also told various Facebook contacts, "I just don't like this country," apparently meaning the United States, and that "Jihad is the best for u." He also added, "there will come a time where people will only know to say Allahu Akbar," using the Arabic phrase for "God is great."

Neighbors said this is even more shocking because they never saw any signs of trouble.

"This is a good neighborhood, good families. It's upsetting to hear something like this is right here, close to home," said Theresa Canty.

The suspect was being held without bail after appearing in a Brooklyn federal court on Saturday. He was charged with attempting to provide material support to a foreign terrorist organization.