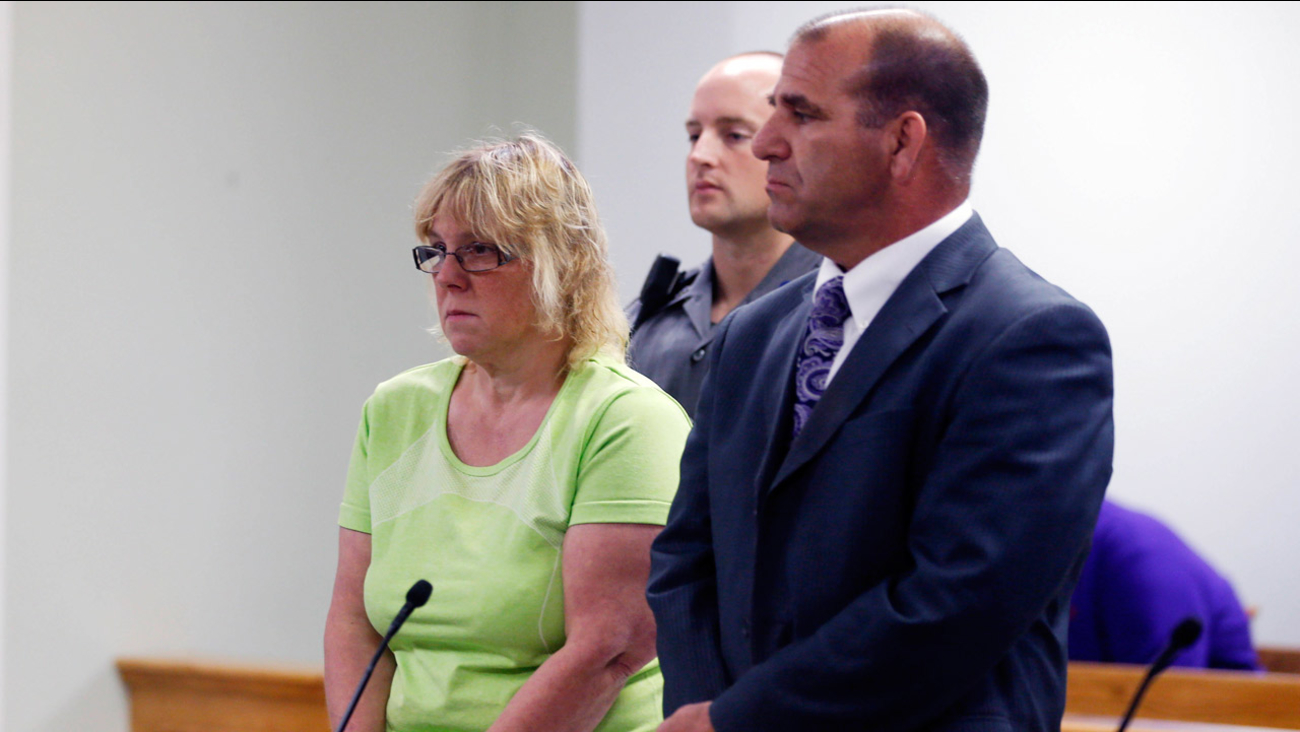 Mitchell is accused of befriending inmates David Sweat and Richard Matt at the Clinton Correctional Facility in Dannemora and giving them contraband.

District Attorney Andrew Wylie said earlier the contraband didn't include power tools used by the men as they cut holes in their cell walls and a steam pipe to escape through a manhole last weekend.

Wylie would not elaborate on the charges Friday as more than 800 law enforcement officers continued to search for the escapees, concentrating in a rural area around the prison in the Adirondacks near the Canadian border. Earlier residents reported seeing two men jumping a stone wall outside Dannemora.

"We're coming for you, and we will not stop until you are caught," state police Maj. Charles Guess said in addressing the escapees as he headed a news conference after Mitchell's arrest.

Guess said officers were getting closer with every step they take on the ground and in the investigation. Though searchers were contending with bad weather so were Sweat and Matt, the major said.

"They've got to be cold, wet, tired and hungry" if they haven't escaped the area or found shelter, Guess said.

Mitchell's family has said she wouldn't have helped the convicts break out.

Law enforcement officers line up along Trudeau Road at Route 3 after emerging from the woods during a search for two escapees from Clinton Correctional Facility on June 12, 2015.

An instructor in the tailor shop where the men worked, Mitchell is also suspected of agreeing to be a getaway driver but didn't show up, leaving the men on foot early Saturday morning.

Mitchell has a job with a yearly salary of $57,697, overseeing inmates who sew clothes and learn to repair sewing machines at the prison. Amid the criminal case, she was suspended without pay.

Within the past year, officials looked into whether Mitchell had improper ties to the 34-year-old Sweat, who was serving a life sentence for killing a sheriff's deputy, Wylie said. He gave no details on the nature of the suspected relationship.

The investigation didn't turn up anything solid enough to warrant disciplinary charges against her, the district attorney said.

Matt was serving 25 years to life for the 1997 kidnap, torture and hacksaw dismemberment of Matt's 76-year-old former boss, whose body was found in pieces in a river.

The state corrections department would not comment on the investigation into how the two inmates escaped or what Mitchell might have provided them. Prison contraband can include such things as cellphones, weapons, drugs, tools and unauthorized clothing.

On Thursday, a person close to the investigation said Mitchell had befriended the two men and agreed to be the getaway driver but never showed up. The person was not authorized to discuss the case and spoke on condition of anonymity.

A former slipper-factory employee who won three terms as tax collector in her town near Dannemora, Mitchell has worked at the prison for at least five years, according to a neighbor, Sharon Currier. Mitchell's husband, Lyle, also works in industrial training there.

"She's a good, good person," Currier said. "She's not somebody who's off the wall."

The garment shop is intended to give prisoners job skills and work habits. In general, an inmate assigned to such a job might work several hours a day there, five days a week, meaning he would have significant contact with supervisors.

Mitchell's union, Civil Service Employees Association Local 1000, would not comment Friday on the investigation of Mitchell or the current allegations.

But her daughter-in-law, Paige Mitchell, said this week that her mother-in-law never mentioned Sweat, Matt or any other inmates she encountered. "She doesn't get too involved," Paige Mitchell told the Press-Republican of Plattsburgh.

And Mitchell's son Tobey told NBC that she would not have helped the inmates escape and that she checked herself into a hospital with chest pains on Saturday, the day the breakout was discovered.