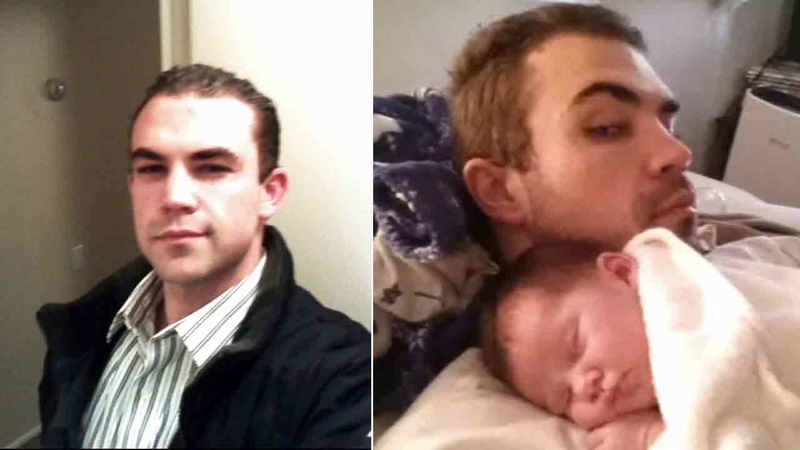 NEWHALL, SANTA CLARITA (KABC) -- The father of a 3-week-old baby girl was arrested on suspicion of murder after the infant was found dead in Newhall Saturday morning.

Los Angeles County sheriff's officials said the the baby's body was found in a Nissan pickup truck in a parking lot in the 23630 block of Newhall Avenue around 8 a.m., about a half-mile from where she lived with her mother, father and grandmother.

Investigators identified the father of the child as 30-year-old Matthew Warner.

Authorities said both Warner and his girlfriend came to the Santa Clarita Valley Station Friday at around 9:35 p.m. and told authorities their daughter was missing from their home.

Deputies from multiple sheriff's stations and search dogs combed the area in an all-out search.

"Deputies acted on that, got detectives involved and they searched throughout the night. They searched the hills. They searched everywhere around, tried to contact as many people as possible," said Lt. Holly Francisco of the Los Angeles County Sheriff's Department.

In no time, more than 50 deputies, a couple of helicopters, and dogs searched for the baby girl. Neighbors did their part, too.

"We all live there and we're pretty familiar with the layout of the land up there. We were trying to look in places where we were gonna hide something," neighbor Ed Griffin said.

The baby's body was found in the front cab of the pickup truck. Detectives believe Warner killed his daughter Friday night.

"Ultimately, the father led us to an area where he believed the child may be," Francisco said.

Investigators have not released information on how the baby was killed. The coroner's office will try to determine the cause of death.

The baby's grandmother says neighbors saw Warner leave their apartment complex with a bundle. She says he later told his girlfriend that their baby was missing.

The baby's maternal grandmother said that Warner had been in prison in the past, and that he once broke a window of their apartment when she and her daughter refused to let him inside.

The baby girl's mother has not been arrested and will likely not face any charges. Detectives say she is distraught, but cooperating in the investigation. Her name has not been released.