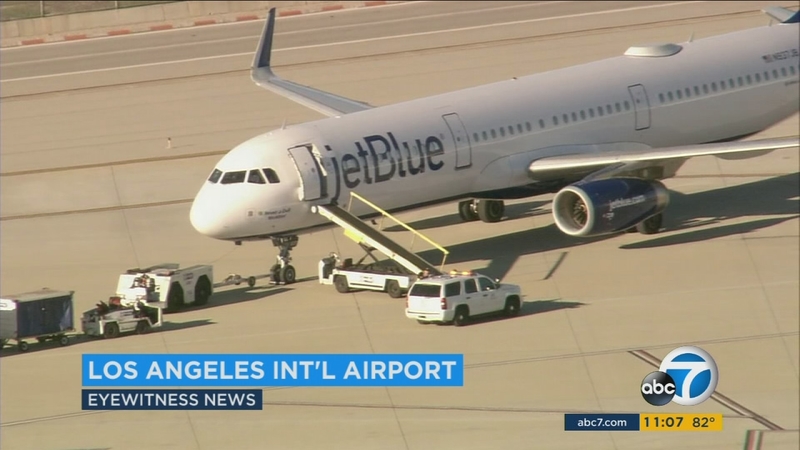 Non-paying pilot on jetway may have sparked LAX security alert

LOS ANGELES (KABC) -- A pilot who was spotted on a jet bridge to a vacant JetBlue plane was likely to blame for a safety alert at Los Angeles International Airport on Thursday, police said.

LAX police Officer Rob Pedregon said authorities have reason to believe that the person was a "non-revenue pilot" who was scheduled to be on that JetBlue flight.

Pedregon said he believes the pilot ended up boarding a Virgin America flight bound for John F. Kennedy International Airport in New York, the same destination as the JetBlue flight.

Pedregon said he's awaiting confirmation from JetBlue and Virgin America to clear up any confusion and confirm if the pilot made contact with either airline before getting on that jetway.

LAX police received a report of an unauthorized individual around 6 a.m. According to investigators, an employee observed a person they thought was a pilot on the jet bridge at Terminal 31B trying to access the plane prior to boarding time for JetBlue Flight 24, which was set to take off at 6:30 a.m.

As a precaution, authorities brought the plane away from the terminal and towed it to the remote west end of the airfield, where airport police and LAPD bomb squad officers conducted a search of the aircraft and baggage.

Pedregon said officers have not made contact with the individual yet.

The incident occurred before passengers and crew boarded the plane. Airport police said the incident was no longer considered a threat.