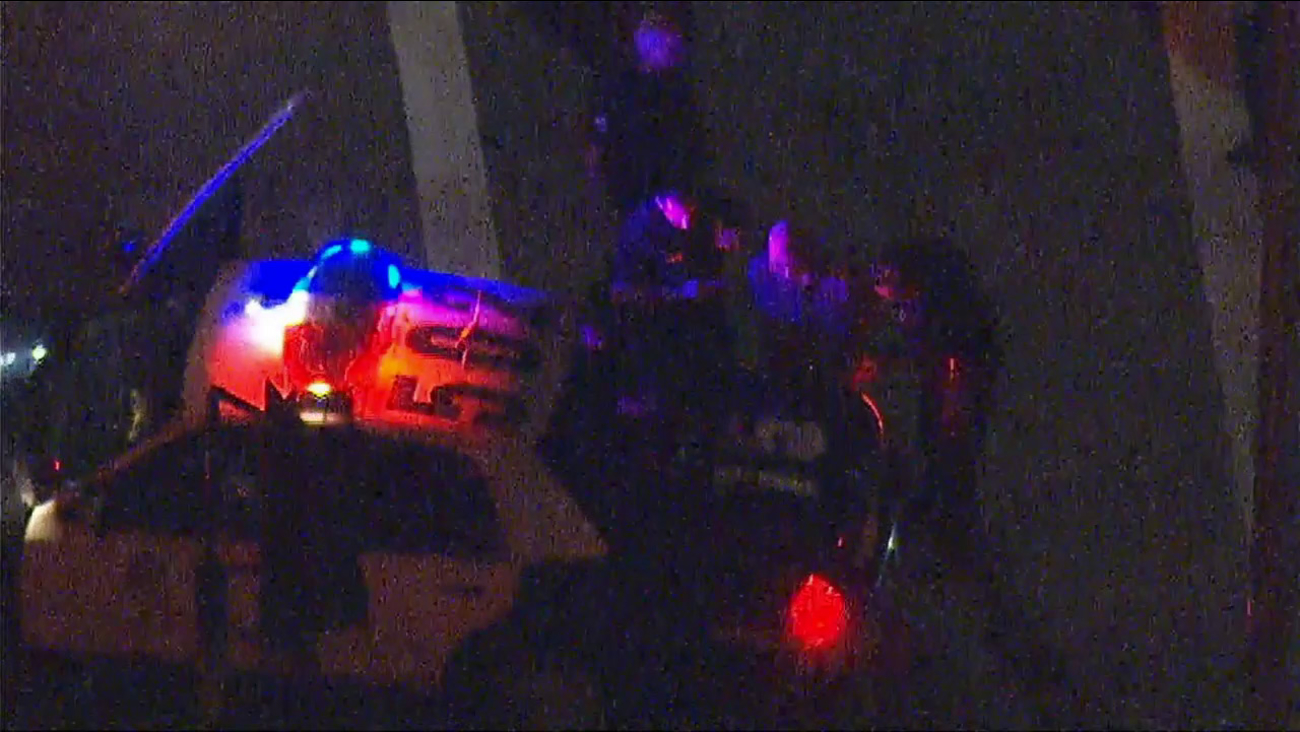 A man suspected of driving under the influence led officers on a high-speed chase on Sunday, Nov. 1, 2015, according to police.

NORTH HOLLWOOD, LOS ANGELES (KABC) -- A man driving under the influence led officers on a high-speed chase Sunday evening, according to authorities.

Los Angeles police said the chase started in North Hollywood at about 7:25 p.m. and ended in Burbank shortly after.

Officers said they tried to pull over the man, who's approximately in his mid-30s, and that's when he took off and hit speeds of up to 70 mph.

The suspect was taken into custody after a crash ended the pursuit at North Pass Avenue and West Oak Street.