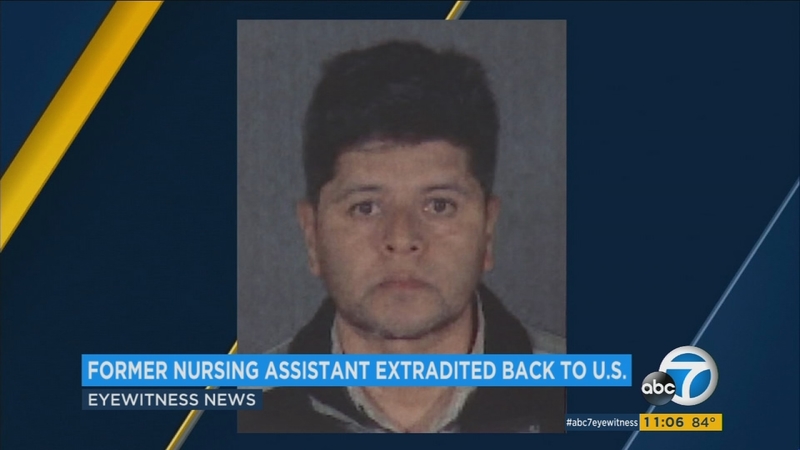 RESEDA, LOS ANGELES (KABC) -- Former patients who said they were sexually assaulted by a nursing assistant at Tarzana Hospital described the alleged crimes at a news conference Thursday, while the suspect remained in custody following his extradition from his native Guatemala after being at large since 2006.

Eduardo Ramon Rodas Gaspar was apprehended in the Central American country more than a decade after he skipped bail and disappeared with his wife and then-6-year-old son, according to the Los Angeles Police Department.

Rodas allegedly sexually assaulted patients while they were recovering at the hospital.

"He took me into the shower. It was my first shower - I hadn't been able to bathe for days," a woman identified as Anna B. told reporters at the LAPD's West Valley station. "I was so relieved to get out of my bed and be able to shower. And that's where it occurred, at that time."

"Several additional victims came forth describing similar sexual assaults by Gaspar while they were patients at Tarzana Hospital," the LAPD said in a statement. According to investigators, Gaspar fled the U.S. after the L.A. County District Attorney's Office filed seven additional counts against him.

"It's one of the few professions where that professional can tell you to undress: 'Please disrobe for me because I need to examine you,'" LAPD Detective Ninette Toosbuy said of nursing. "And we do it without question. Why? Because we trust them."

After the DA's office issued a foreign extradition warrant for Gaspar's arrest, he was transported to Los Angeles on June 26 and taken into LAPD custody.