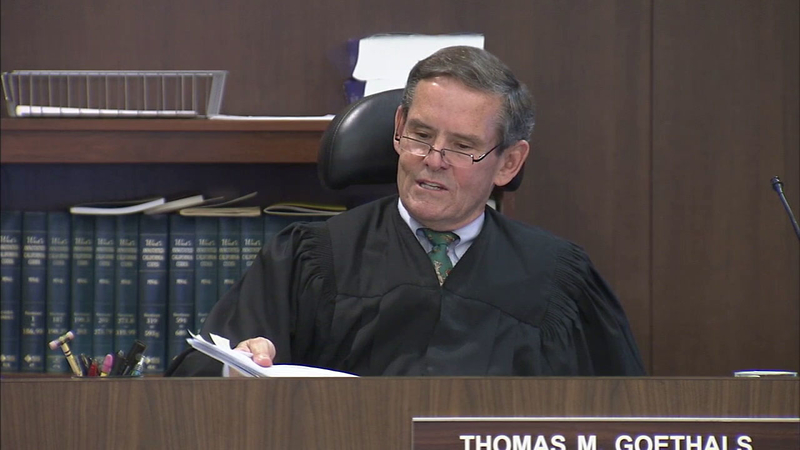 SANTA ANA, Calif. (KABC) -- A judge threatened Orange County Sheriff Sandra Hutchens, saying he's closer to having a contempt of court hearing if her office doesn't comply with an order to turn over evidence in the case against salon killer Scott Dekraai.

The O.C. judge said the last thing any judge wants to conduct is a direct contempt of court hearing to any elected official, but he warned Hutchens she needs comply with his repeated orders to hand over potential evidence involving jailhouse informants.

The frustration comes during a hearing involving mass murderer Scott Dekraai, who killed eight people in Seal Beach in 2011.

"This case should have been resolved long ago," said O.C. Superior Court Judge Thomas Goethals. "Those most grossly cheated include the entire community of Seal Beach and the defendant."

The case delayed after the judge removed the entire DA's office from the penalty phase after Dekraai's attorney, Scott Sanders, learned a jailhouse informant gathered evidence against Dekraai after he already had an attorney, violating the law.

The judge ordered all informant-related documents to be handed over to the defense in 2013. Yet as of last week, the judge said prosecutors turned over at least 5,000 pages of sheriff's documents as potential evidence.

According to a declaration by O.C. Sheriff's Commander William Baker filed on Friday, an "exhaustive search" of the sheriff's department's records has been completed.

The judge scoffed, "This court made an order almost four years ago. When did we finally undertake this exhaustive search?"

The O.C. Sheriff's Department said, "A search of all the custody division computer drives was completed, which contained more than 581,342 files."

The hearing came a day after the justice department announced it would be looking into the DA's office and the sheriff's department's handling of jailhouse informants.

"It is a civil investigation to determine if there is a pattern and practice of wrongful conduct," explained U.S. Attorney Eileen Decker.

The DA said he invited the DOJ to investigate his office in January 2015, and believes they will "conclude that the OCDA did not engage in systematic or intentional violation of civil rights of any inmate and no innocent person was wrongfully convicted."