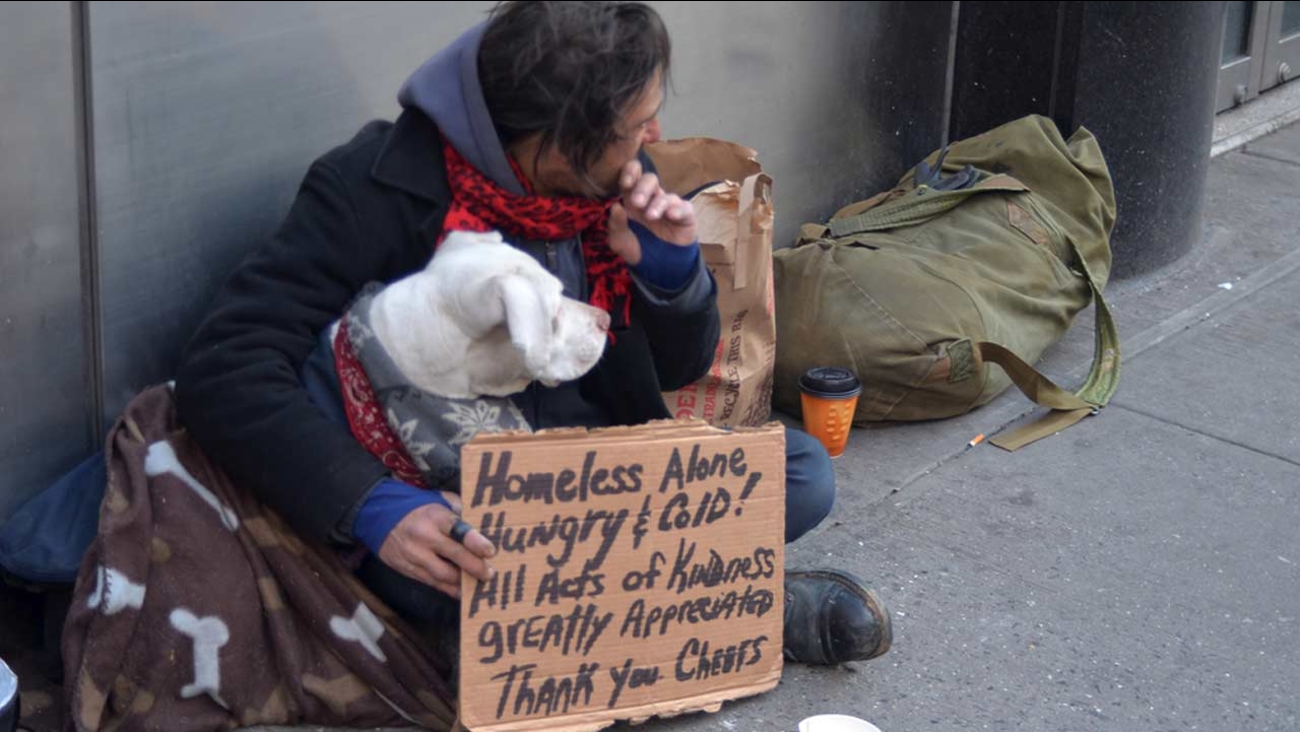 A homeless man sits on the street with a dog and asks for help Feb. 25, 2012 in New York City. (Shutterstock)

KABC
SANTA ANA, Calif. (KABC) -- A controversial plan to buy a warehouse in Santa Ana for a year-round homeless shelter has been rejected by the Orange County Board of Supervisors.

The supervisors backed away from the idea at a Tuesday meeting. They originally approved the warehouse proposal unanimously in July after the Fullerton City Council rejected the idea of a shelter in that city on a 3-2 vote.

Fullerton residents cited concerns about the fear of increasing crime in their neighborhood.

Area neighbors were also against the idea of creating a shelter at the Santa Ana warehouse located at 1217 E. Normandy Pl.

With that location out of the running, the board is now concentrating on creating a homeless shelter at a shuttered Santa Ana bus terminal near the Civic Center on Santa Ana Boulevard near Broadway.

During cold weather months, most of the area's homeless rely on the county's Armory Emergency Shelter Program, which has about 400 beds, but it is closed during warmer weather.