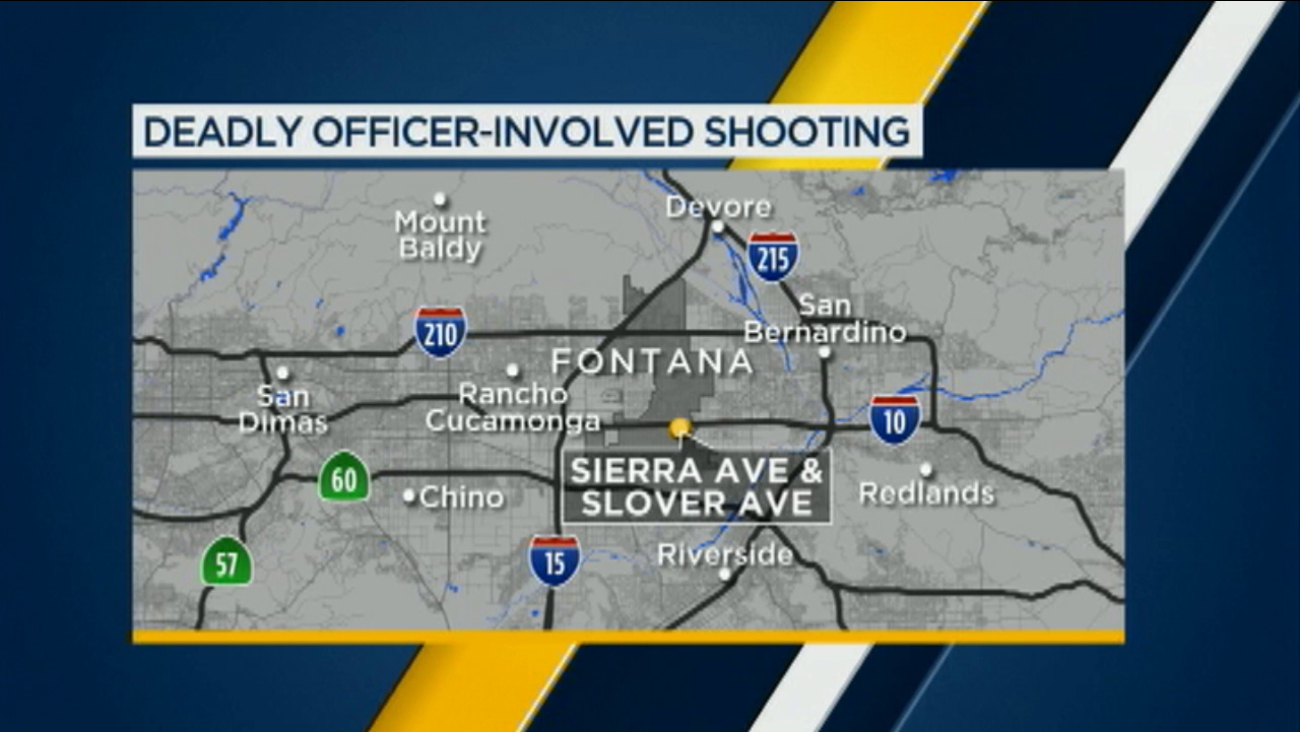 Fontana police shot and killed a robbery suspect at the Chevron gas station located at Sierra Avenue and Slover Avenue on Sunday, Nov. 22, 2015.

FONTANA, Calif. (KABC) -- Officers in Fontana shot and killed a robbery suspect they said was armed with a knife early Sunday morning.

Fontana police said the shooting happened at the Chevron gas station located at Sierra Avenue and Slover Avenue at about 4:15 a.m.

Officials said police responded to the gas station for a reported armed robbery in progress.

When officers arrived, they said a man was standing in front of the store with a knife in one hand and a large rock in his other hand. He then ran back into the store when he saw police.

Police entered the store and said they attempted to talk the suspect into surrendering, but he charged at the officers.

Officers then shot and killed the man.

The clerk and the officers were not injured during the incident.