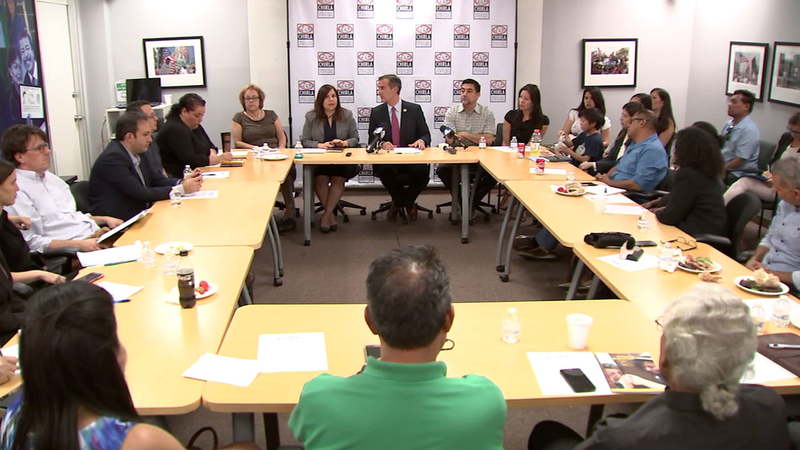 LOS ANGELES (KABC) -- Many people in Southern California are concerned over President-elect Donald Trump's immigration policy and because of that legal battle plans are being formed.

Maribel Serrano is living in limbo. She was born in Mexico and brought to the U.S. as a toddler. Now she's a college graduate.

She is one of nearly 800,000 young people who won temporary reprieve from deportation through the Deferred Action for Childhood Arrivals, an executive order signed by President Barack Obama.

Because of her detailed DACA application, the federal government knows where to find her.

"It exposes everything about your personal life," she said.

On Friday, legal advocates for immigrants met with Mayor Eric Garcetti to formulate a defense plan.

Serrano, an aspiring journalist, hopes her documentary "Mi Vida DACA" will show that she should not be punished for the deeds of her parents. The 29-year-old obtained a one-time permit to go to Mexico as part of the application process. It's clear to her that the U.S. is her home, she said.

"I want to give back to this community. I want to be a person who can help this country," she said.

Advocates said the productivity of DACA beneficiaries will be an argument to defend a worthwhile program. Destroying it would cause chaos and heartbreak.