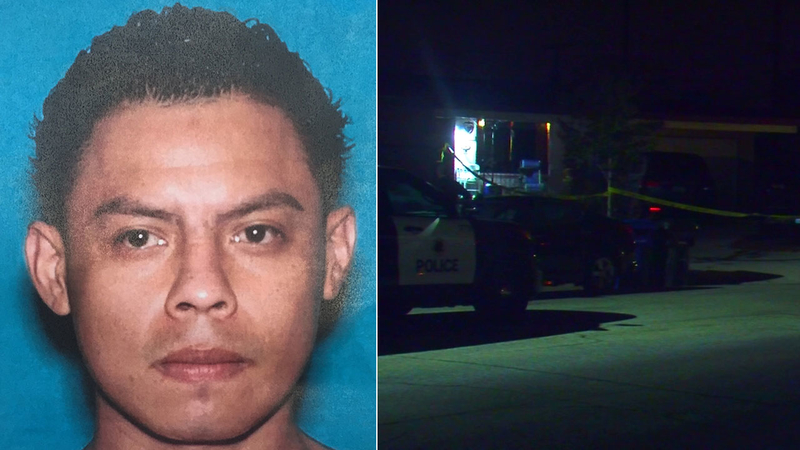 ONTARIO, Calif. (KABC) -- An alleged intruder was hospitalized early Tuesday after being shot by a homeowner who said he feared for his family's safety after finding the suspect inside his Ontario home.

The home invasion and subsequent shooting was reported in the 1800 block of N. Parkside Court after midnight, police said.

"I don't know if he's on drugs. My son's here. What happens if he takes over my son, my wife, my kids?" Corrall said.

Corrall's son, John Cortes, initially said he and his parents ran to his sister's bedroom after hearing her screams, but Corrall later said his daughter heard suspicious noises. While searching his home, Corrall said he found Chavez lying on the ground near the family's pool table. He believes his right to bear arms is what protected his family.

"What would have happened if I didn't? We would have had a big ol' pillow fight? I'm a hardworking guy. Me and my wife work for what we got here, and our kids and stuff. I just believe that if we don't have rights to bear arms, how else am I going to defend my family?" Corrall said.

Chavez was transported to a local hospital, where he underwent surgery for gunshot wounds. Further details on the suspect's condition were not immediately released. No one else was injured during the incident.

Elizabeth Martin, who lives a few blocks away, says she recognized Chavez on the news, and says it's not the first time Chavez has allegedly attempted to break into homes in the neighborhood. Martin says she warned him if he didn't stop he was going to get shot.

Meanwhile, Corrall says he has no regrets about shooting the suspect.

"I'm willing to take whatever consequences they give me. I feel I was in the right. I'll be damned if somebody says, 'You weren't justified.' As long as my kids are still breathing and they're alive, I'm justified to do it," he said.

Ontario Police Lt. Pat Birkett says the family is cooperating with investigators. No arrests have been made.

The investigation is ongoing. Anyone with information was asked to contact the Ontario Police Department.