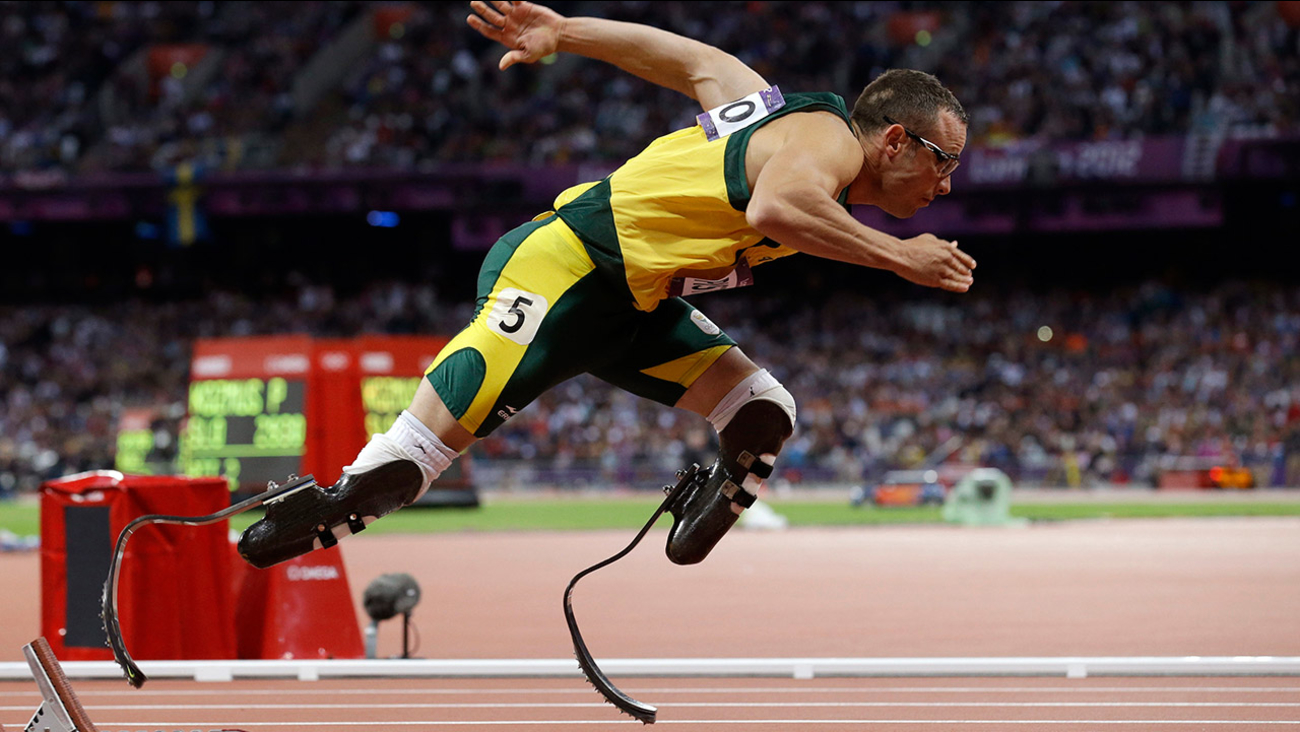 In this Sunday, Aug. 5, 2014 photo, South Africa's Oscar Pistorius starts in the men's 400-meter semifinal during the athletics in the Olympic Stadium at the 2012 Summer Olympics. (Anja Niedringhaus)

The double-amputee Olympian was found guilty of the more serious charge of murder for killing girlfriend Reeva Steenkamp.

He faces a 15-year prison sentence, the minimum punishment for murder in South Africa.

Pistorius, 29, was convicted of manslaughter, or culpable homicide, for shooting Steenkamp through a toilet door in his home early on Valentine's Day 2013. Prosecutors said Pistorius shot Steenkamp during an argument, while the defense said Pistorius killed Steenkamp by mistake, thinking she was an intruder.

The former track star was put under house arrest at his uncle's mansion in a Pretoria suburb on Oct. 19 after serving one year of a five-year prison sentence, in line with the guidelines of South Africa's correctional services department.

On Nov. 3, prosecutors argued at the Supreme Court of Appeal, which is in Bloemfontein city, that the judge at Pistorius' murder trial in the North Gauteng High Court in Pretoria made errors when she acquitted him of murder. The runner should have known that someone could be killed when he fired four times through the door of a toilet cubicle, according to the prosecution.

Under the concept of "dolus eventualis" in South African law, a person can be convicted of murder if they foresaw the possibility of someone dying through their actions and went ahead anyway.

Pistorius, a multiple Paralympic champion, became one of the world's most famous athletes and the first amputee to run at the Olympics and the able-bodied world championships.