Over $200M in marijuana plants seized from Piru Canyon 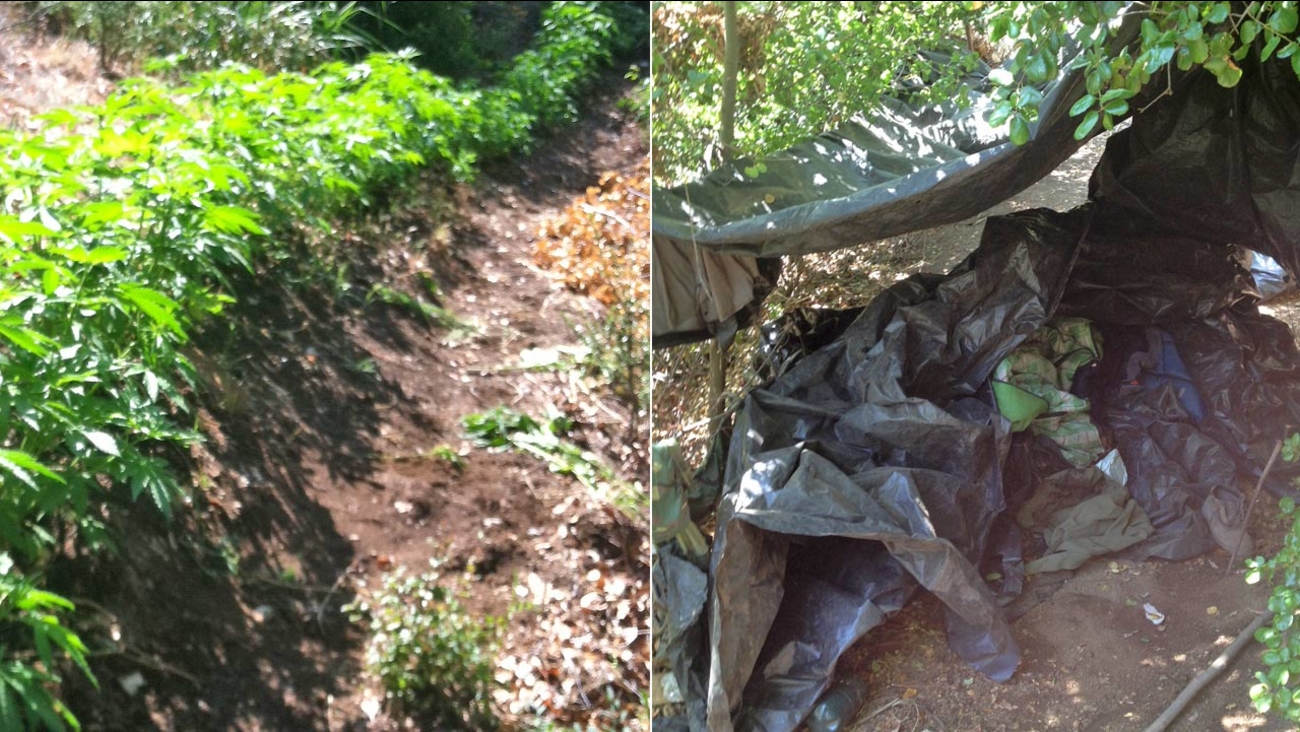 Left: Marijuana plants seized from Piru Canyon on Friday, May 23, 2014. Right: A campsite discovered by sheriff's investigators near the pot grow.

The 50,280 plants were eradicated from the canyons 10 miles north of Lake Piru on Friday after the operation was discovered during a marijuana reconnaissance flight by sheriff's investigators.

The plants have an estimated street value of over $201,000,000. They spanned over a mile and occupied several smaller side canyons, sheriff's investigators said.

Investigators also believe six to eight suspects were living in campsites. A rifle was found at one of the camps. The suspects fled the area when investigators arrived. No arrests were made.

Detectives also discovered that water had been diverted from several natural springs into hand-dug reservoirs, preventing native plants from receiving water and making water unsafe to drink for animals and humans.

The Ventura County Sheriff's Office believes such large-scale marijuana cultivations are connected to Mexican cartels operating in California. They ask residents who use Ventura County's backcountry to be vigilant.

Anyone who spots irrigation hoses, fertilizers, rustic campsites, or hikers without equipment in secluded areas could be in danger and should quietly leave the area, the sheriff's office said. Law enforcement should be immediately notified. Tips can remain anonymous.