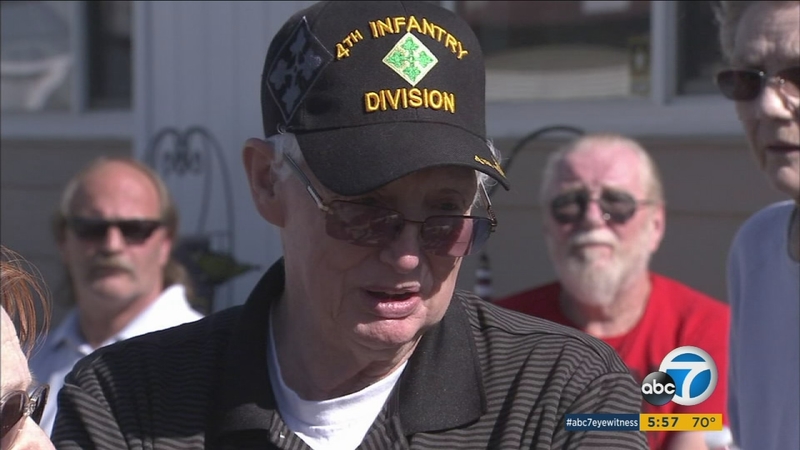 CALIMESA, Calif. (KABC) -- Dale Baldwin fought in two wars. Now, the 79-year-old Korean and Vietnam war veteran and his wife Peggy said they are in a battle to keep their home.

They are among 250 low-income seniors who own their mobile home, but lease the land at Rancho Calimesa Mobile Home Park.

The park is rent controlled, but the new owner wants to increase the rent by $218. Resident Deborah Terrell contacted ABC7 on social media using #abc7eyewitness.

"What's going to happen with them? They can't afford it. They're going to lose home that they have worked so darn hard for. It's maddening," Terrell said.

Owner Bruce Hohn and his company AVMGH Three Golden Palms filed a petition to raise the rent with the city of Calimesa in August 2015.

Residents are now taking their case to the city's mobile home rent stabilization board.

ABC7 contacted Hohn several times and attempted to speak with his attorney Boyd Hill during a meeting.

Hill refused to speak to ABC7, walking away and stating, "I don't want to talk to you."

In the petition, Hill argued his client has a right to a fair return on his investment citing the need to recoup costs for repairing the aging park.

But an expert hired by the city's board to oversee the petition process said the park is operating at a net profit of more than $500,000 annually.

Residents also said they have not seen any improvements since the park was purchased in 2013.